Whales Of The Silver Bank 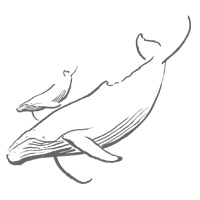 All of Aquatic Adventures' expeditions are naturalist guided, with the utmost care taken in providing you with a knowledgeable guide. One of the big differences between our operation and others is the experience and consistency of the guides on a year-to-year basis, ensuring you an exciting, educational and trouble-free expedition. Our team is extremely passionate about what they do, and they love sharing their aquatic world with you. The teams of Aquatic Adventures have collectively spent 913 weeks on the Silver Bank, and has more experience than any other operator.

Since 1991, the Aquatic Adventures Team’s collective knowledge stems from spending a combined 913 weeks in the field, watching, listening, and trying to discern the movements, behaviors, and attitudes of the North Atlantic humpback whale. Recording behaviors and thoughts as they occur has helped us theorize and understand the movement, breaching, lob tailing, communications, resting, rowdy groups, courtship and mother/calf interaction. Not to mention behavior changes due to time of season, wind and sea conditions, positions of the moon and the variable weather patterns we experience throughout this time period. This information is passed on to the College of the Atlantic and the Center for Coastal Studies for fluke ID’s and behavioral studies. We digitally record the song of the humpback whales and send these recordings to Dr. Chris Clark, head of the Department of Ornithology at Cornell University. Students of marine sciences at Wheelock College receive three college credits by joining us on a one-week expedition and assisting us in collecting this information as well as fulfilling additional requirements set by the college.

Being responsible for developing whale watching on the Silver Bank has led us in a direction from operator, to naturalists, to being actively involved with the Sanctuary Commission of the “Sanctuary for the Marine Mammals of the Dominican Republic” and the Center for Coastal Studies.

Prior to the 1996 season, the Comision Rectora appointed Tom Conlin as their representative on the Silver Bank. As the person with the most time and experience on the Silver Bank, he has been placed in a position to assist the sanctuary commission by providing the proper information needed to improve the guidelines established as well as educate the crew members of the commercial vessels involved. His duties included: The surveillance of all applications in regards to the regulations of the Sanctuary Committee concerning all vessels located on the Silver Bank, assisting professional photographers and film crews, training and assisting all operators, captains and crews in approach and passive in-water whale encounter techniques, coordinating and determining the permanent location of anchoring and mooring positions for each vessel in the area and recommending the best mooring system for each site. He was responsible for informing and notifying the captains of all vessels of observations and adoption of the regulations of the Comision Rectora, as well as, informing and recommending appropriate sanctions and/or withdrawing permits from any violators of the existing regulations. In 2007, he was asked by the Secretary of the Environment to rewrite the regulations, contracts, and agreements for all operators and visitors of the Sanctuary.

In 2008 we were asked to assist NOAA to help place 5 satellite tags on adults at the beginning of the season to help understand their movements during the mating and calving season. During the 2009 season, we once again assisted NOAA in placing satellite tags on eight adults prior to their migration north. 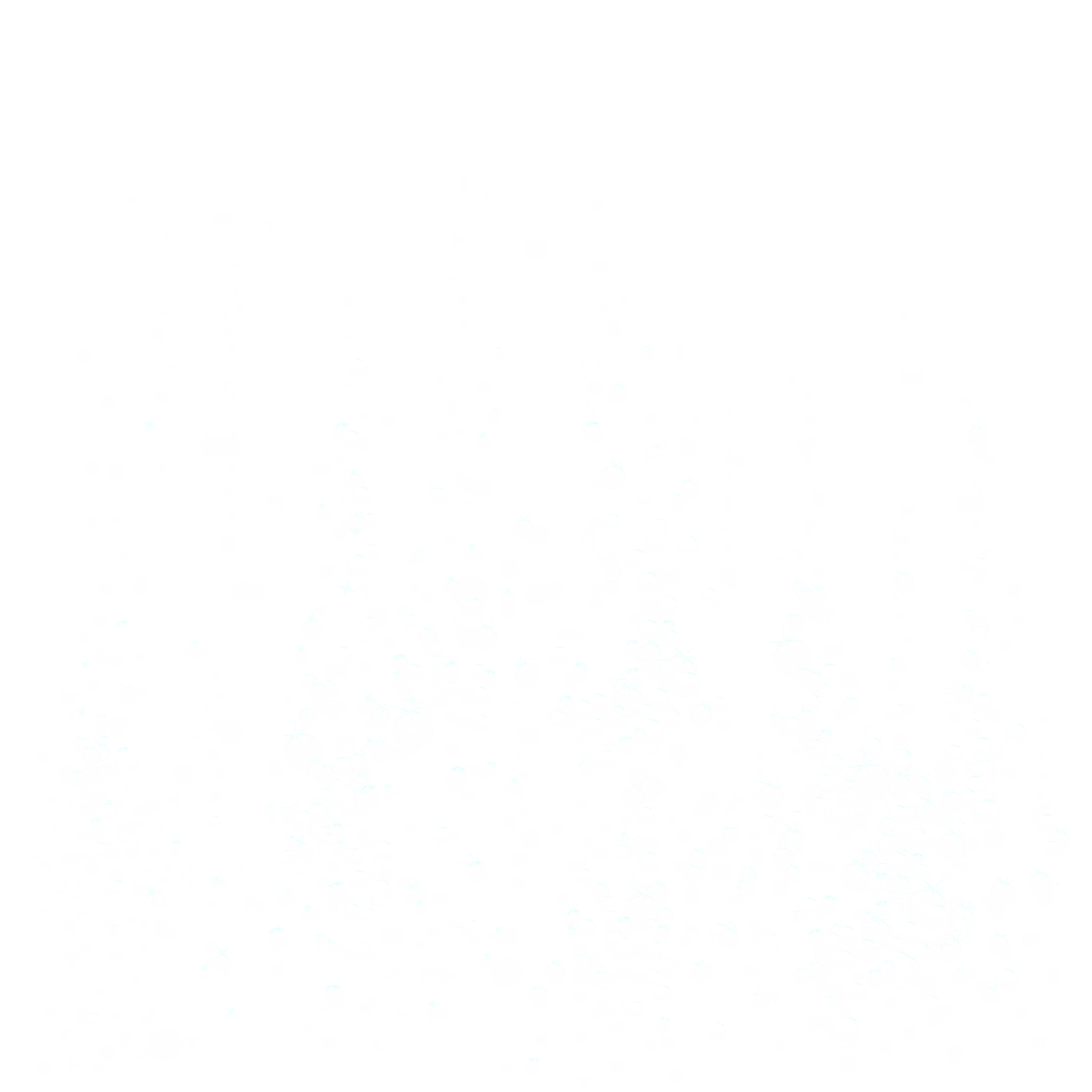 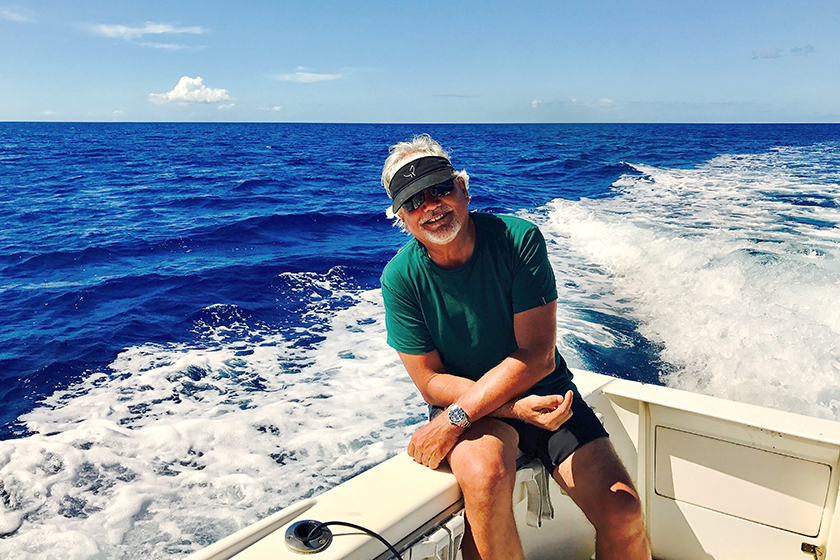 I’ve had the privilege of spending 31 years and 343 weeks working with whales on the Silver Bank. My entire focus is on learning about whale behavior and supplying you with the type of experiences you’re expecting. This year-to-year, day-to-day learning process has enabled me to provide our participants with an unmatched opportunity to experience sensational surface activity in tandem with unbelievable “passive in-water whale encounters”. As a licensed 1600-ton U.S.C.G. Master, Master Diver Trainer and Advanced Free Diver, Advisor to the Center for Coastal Studies and SeaLegacy. I have a thorough understanding of our ocean, above and below the surface of the water. 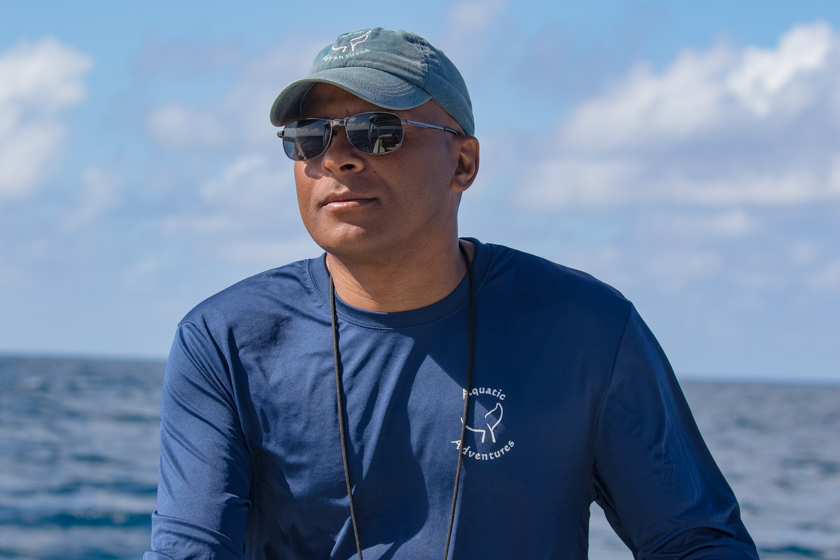 Lorenzo hails from Samana, in the Dominican Republic. Humpback whales regularly frequent Samana Bay, and in the early 1990’s, Lorenzo was present when YONAH began to assess their numbers. In 1997, Lorenzo worked as a park ranger for the whale season, furthering his interest in whales (and photography). In 2000, Lorenzo attained the position of “Coordinador de Observation de Ballenas”, in charge of whale tourism oversight. Lorenzo began working with Aquatic Adventures in 2004, where his lifetime of whale observation serves him well as a guide, tender operator, and photographer/videographer. Lorenzo also holds a PADI Advanced Open Water Certification. 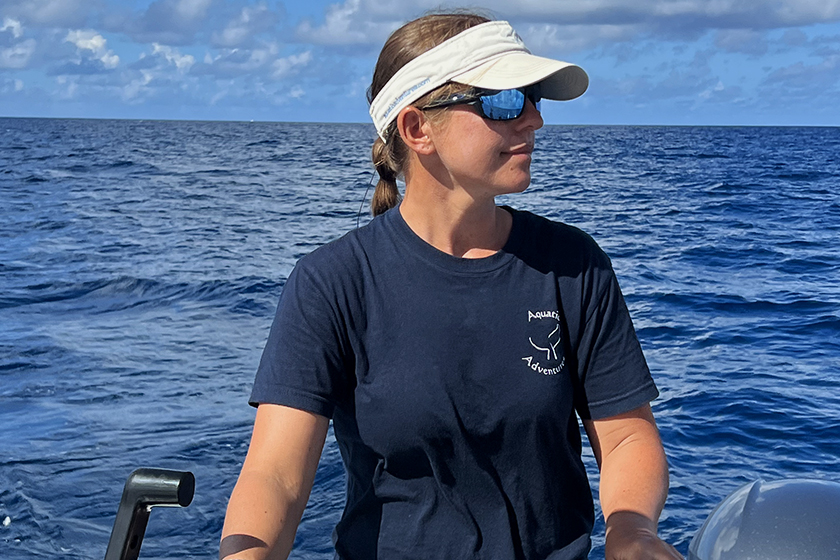 Gillian was born and raised in Kingston, Canada. At the age of 17 she traveled to New Zealand where she learned to SCUBA and discovered her passion for the ocean. Her interests grew as she traveled the globe to SCUBA and volunteer for various marine conservation efforts which eventually inspired her to receive her B.Sc. in Marine Biology and Sustainability from Dalhousie University, Nova Scotia. As part of the Aquatic Adventures team for the past three seasons, Gillian brings a fresh new perspective and continues to educate herself with the latest research available. She is an avid steward of the sea and gets her greatest joy in life by empowering individuals to become stewards themselves through education and first hand experience. 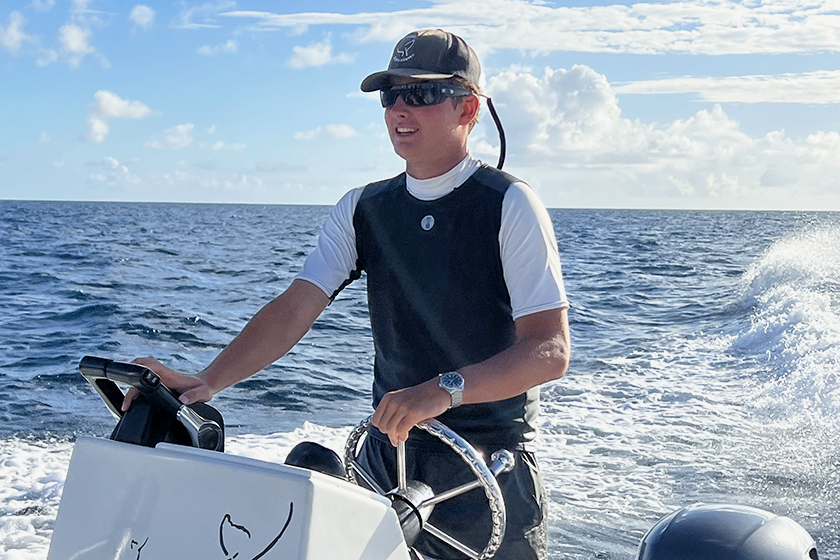 Since I was 7, I’ve been fortunate enough to spend 16 weeks on the Silver Bank. My love for the ocean and wildlife in general began at an early age. I began to swim at 2 years old and learned very quickly to swim underwater which led me to become a certified junior diver at 10, open water diver at 12 and I presently have my rescue certification. Helping to guide our polar bear, whale shark, brown bear and sperm whale trips has  made me appreciate nature, the environment and realize how lucky I am to be able to experience the world through nature and the wildlife we encounter. 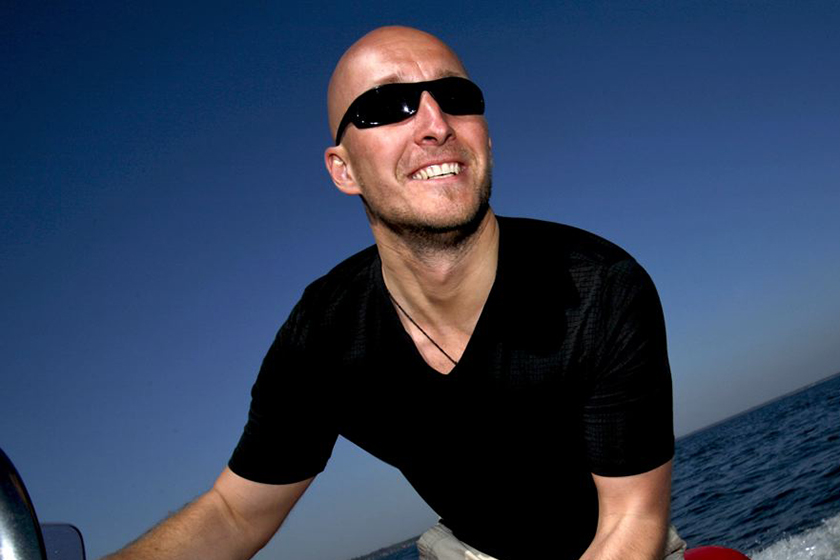 Kris is an explorer, climber, diver, sailor and enthusiastic environmentalist. Born and raised in Poland, Kris has a background in IT and the tourism industry. He has traveled the world and currently lives in Mexico where he teaches cave diving and enjoys motorcycle trips around Central America. In his free time he likes to practice yoga and learn about healthy lifestyles and food. Kris’ experience and certifications, in addition to his two years of experience on the Silver Bank are: PADI, TDI/SDI Technical Diving Instructor, Freediver, PYA Yacht Skipper, Powerboat & RIB Master and Emergency First Responder Instructor. Kris’ friendliness, positive attitude and true passion for oceans, cetaceans and marine life help make possible our goal for every guest to have the best experience! 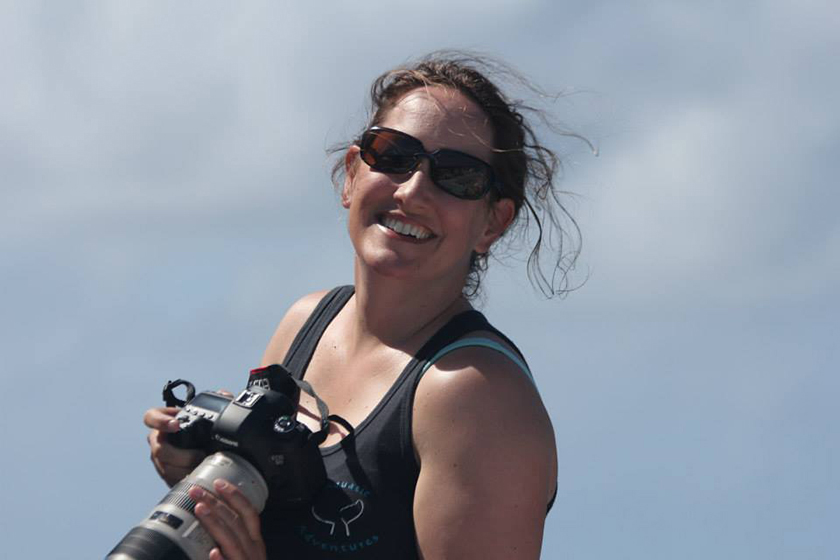 An avid traveler with a passion for cetaceans, I began utilizing my experience on the Silver Bank (12 weeks and counting) as the marketing coordinator for Aquatic Adventures in 2012. In managing the social media pages, website, newsletter and blog, I try to keep everyone updated, educated and entertained all while providing excellent customer service. As the primary point of contact in the “office”, I strive to provide guests a seamless and positive experience from the moment of inquiry, to booking, to the start of their trip.  I’m thrilled to be able to share my passion for wildlife travel and photography, as well as help our guests have the most exceptional experience on their adventures with us!

We are two young adults who came on this trip with no expectations but were blown away with what we got to experience.