Week Four of our 30th Season

We were greeted once again this week by a pair of adult whales circling the Turks & Caicos Explorer II just after we tied up to the mooring. Guests enjoyed watching from the more stable mothership, which gave them a chance to steady their cameras and get up-close detailed photographs of the curious whales. The two whales circled for a half hour or so, spy hopping and gravitating towards the tenders off the stern. 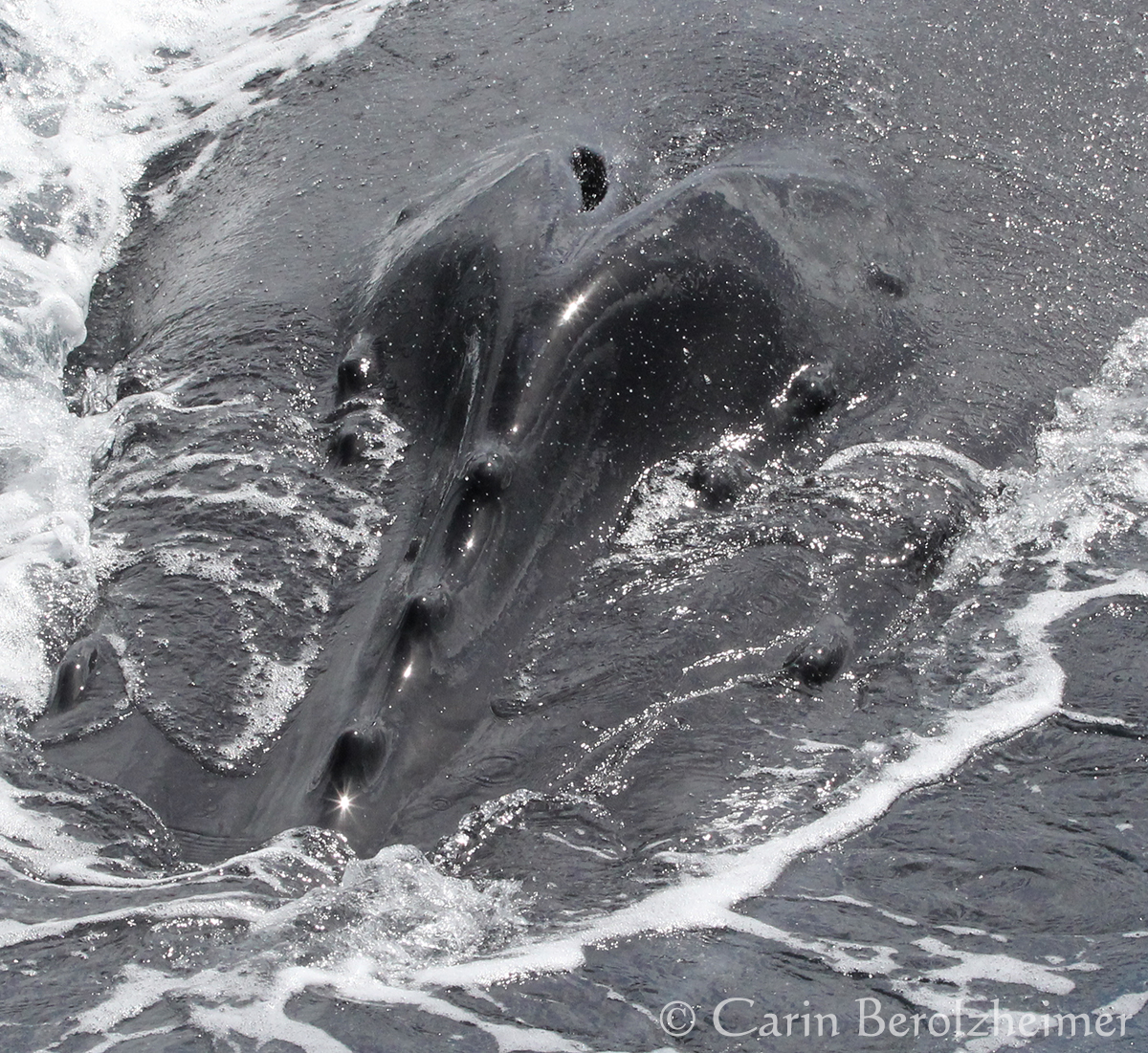 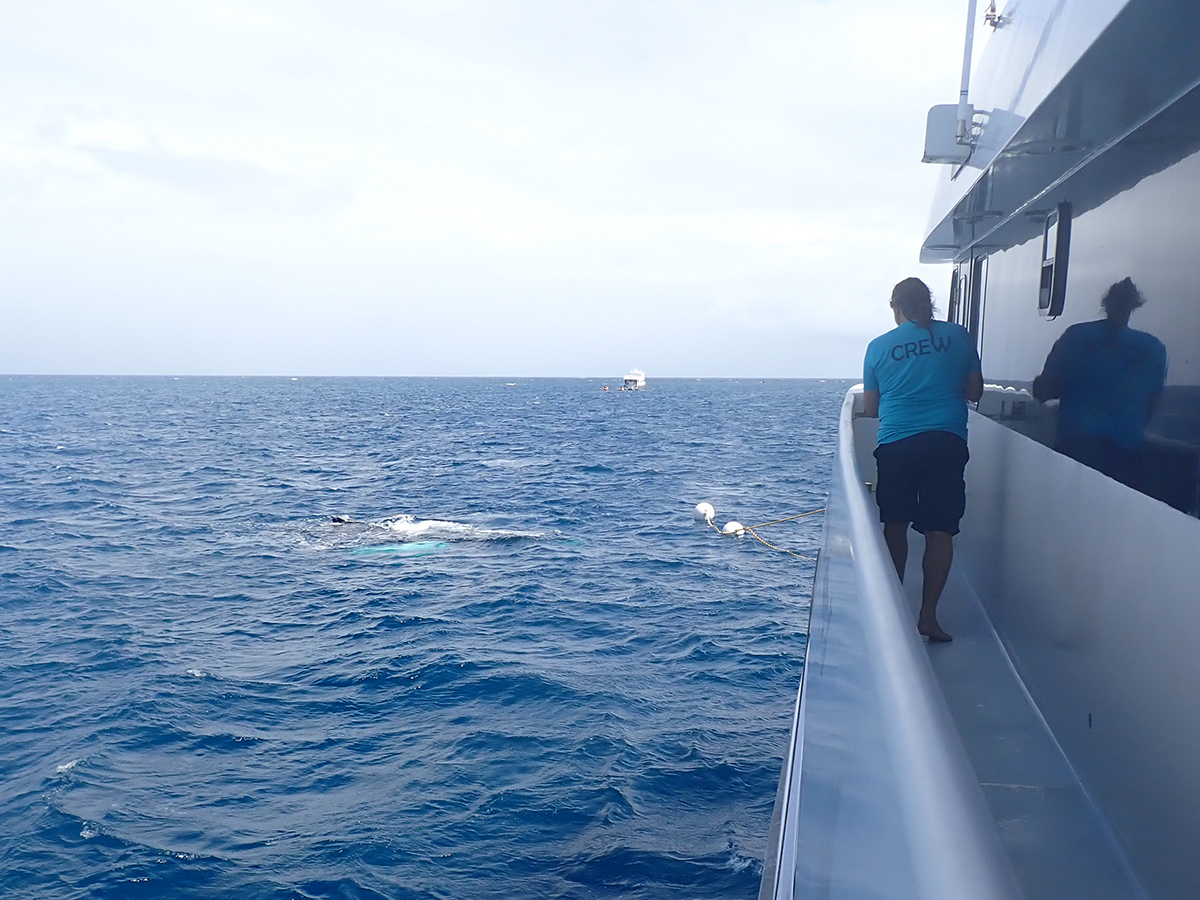 Surface activity was on display all week long, including everyone’s favorite – breaching!  There are many different types of breaching that we see commonly on the Silver Bank, sometimes right next to the tenders! During one encounter, a calf swam right along with us next to the tender and showed off with multiple spinning head breaches and just when we thought the show was over, the mother and escort that accompanied him began breaching right next to us as well. These breaches by the adults are extremely loud and displace gallons of water making it a very impressive sight, and perfect for dramatic pictures. 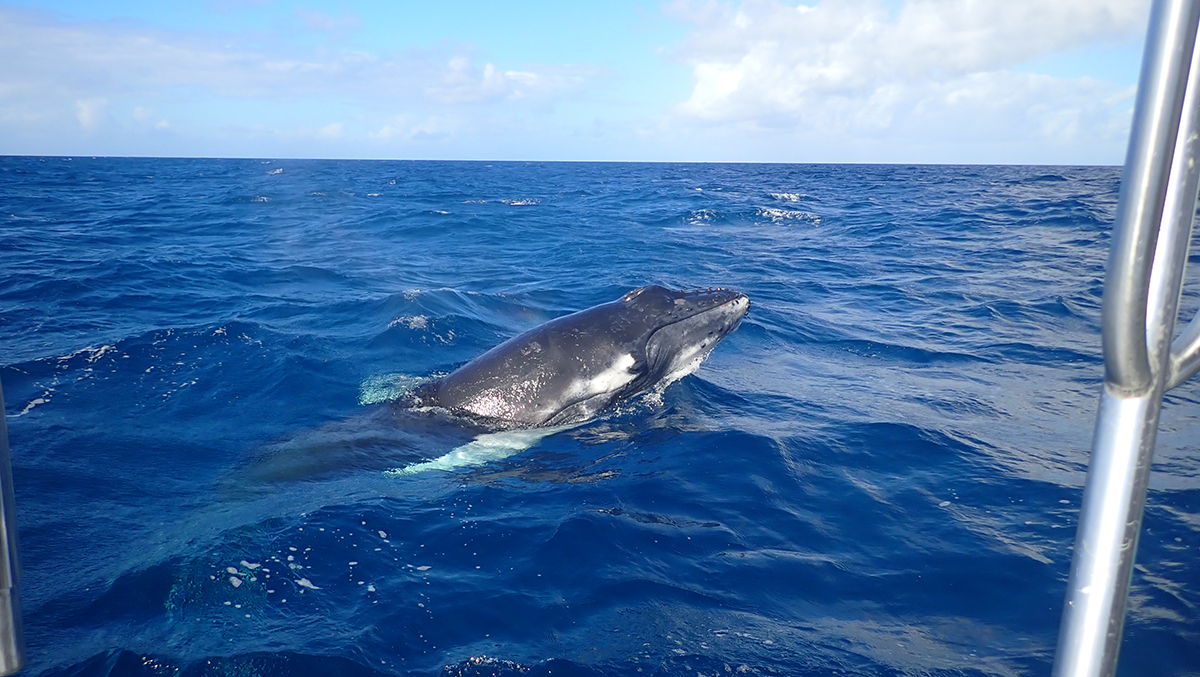 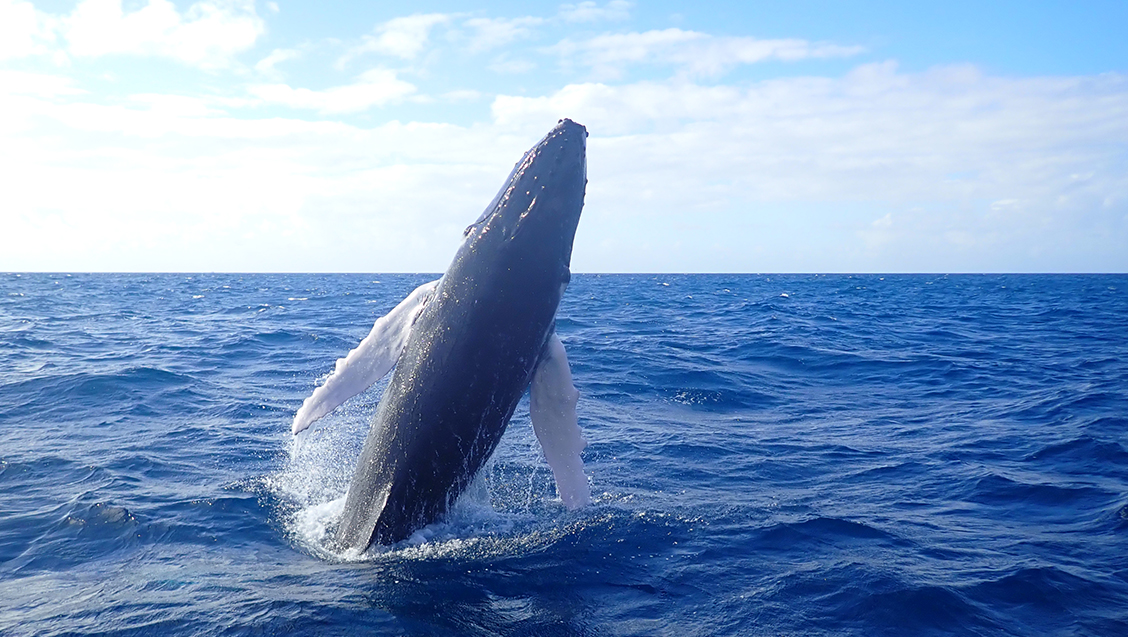 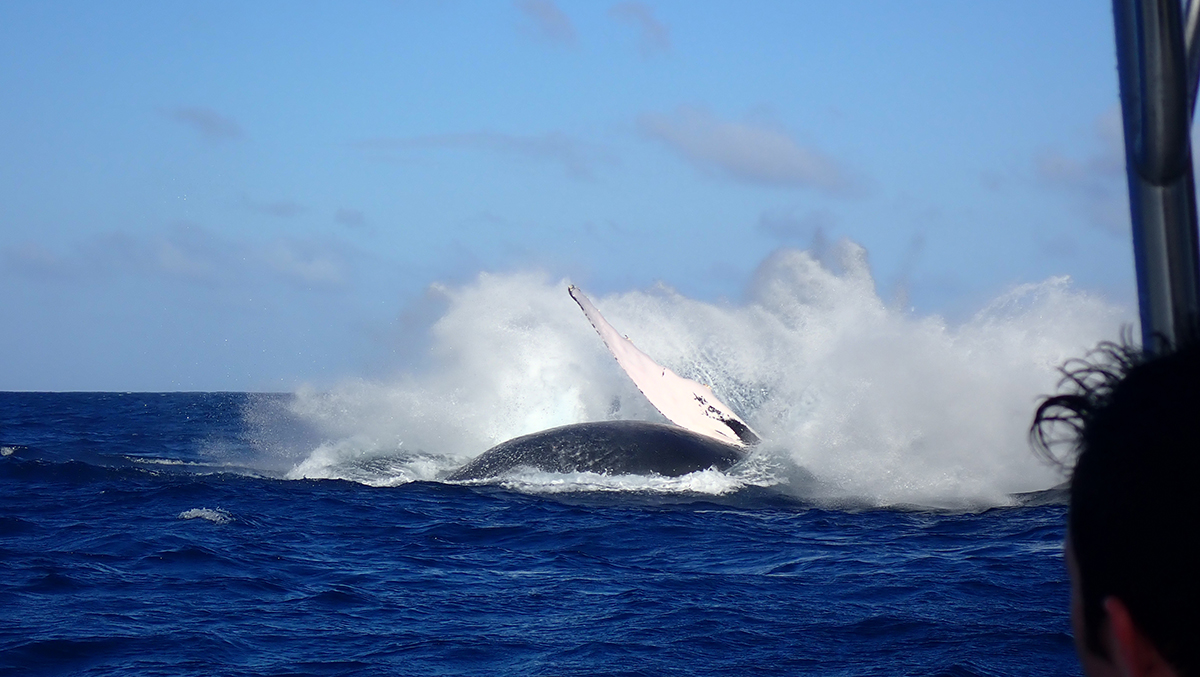 We also had a single whale singing calmly along the bottom, and while the group watched from above, he gracefully swam out of sight before suddenly launching through the air in a spinning head breach! Some surface activity isn’t dramatic but can be very beautiful; the sun was low in the sky when a whale began fin slapping, raising its pectorals high into the air and bringing them down hard, yet gracefully. 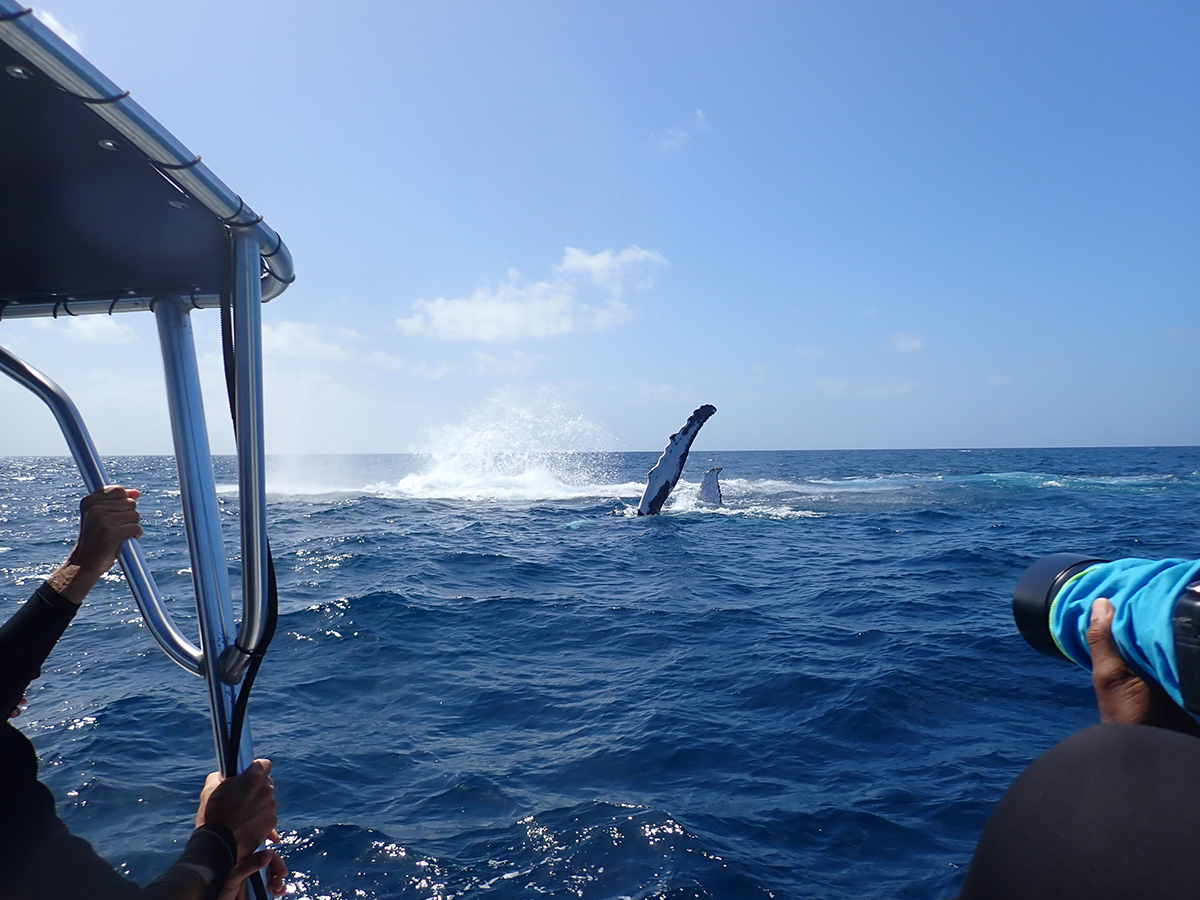 During our time out on the Silver Bank we get to share our experiences with many different whales, each with their own strong personalities. One day this week we had a young and very mischievous whale that was determined to get the guests on the tender wet. He started by blowing bubbles under the tender, came up close without tail breaching or lobbing but flicking his fluke, spraying the guests. He had a very playful demeanor and repeated the whole “game” over and over again.

Where some breaching seems to be playful, others come across as agitation or competition. Particularly in the rowdy groups we encountered this week, the breaching seemed slightly aggressive. They chin breached often, lifting their heads high above the surface, sometimes full of seawater, cupping their chins, only to come crashing down. We watched as one whale did this six times in a row before switching to lunge breaches. Humpbacks will also throw their caudal peduncle (the powerful muscle of the whale between the dorsal and fluke) above the surface in a horizontal motion towards other whales. We were lucky to see these tail throws (or tail breaches), often just in front of the tender. 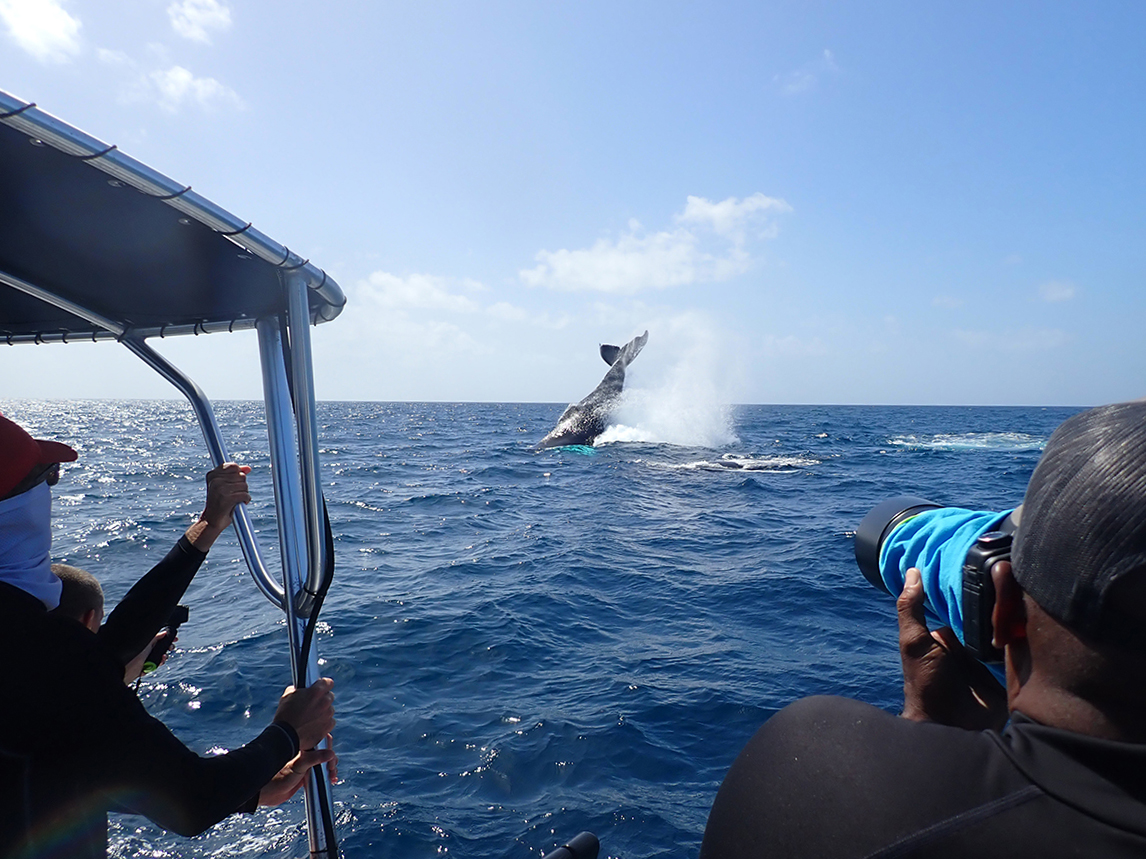 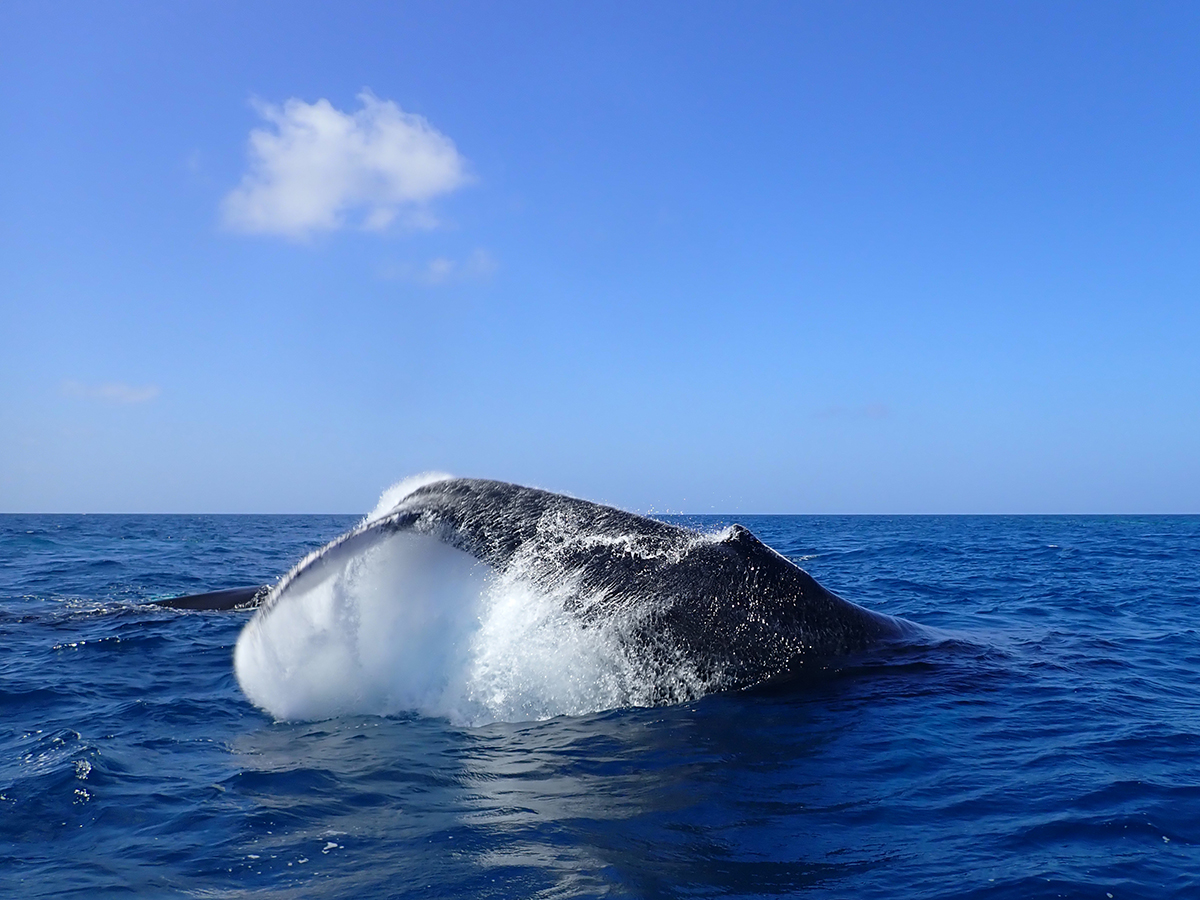 There are many theories behind breaching, with different breaching behaviors seemingly meaning something different. For example, a spinning head breach could be to clean off parasites, to solicit other whales in the area or perhaps for fun. On the other hand, the interpretation of the tail breach seems to be a clear display of irritation and aggression, and is usually performed in the direction of whatever may be irritating that individual at the time. Whether the whales are breaching for fun, competition, communication or other reasons it is always a high-energy activity that leaves guests with lasting memories and some incredible pictures. 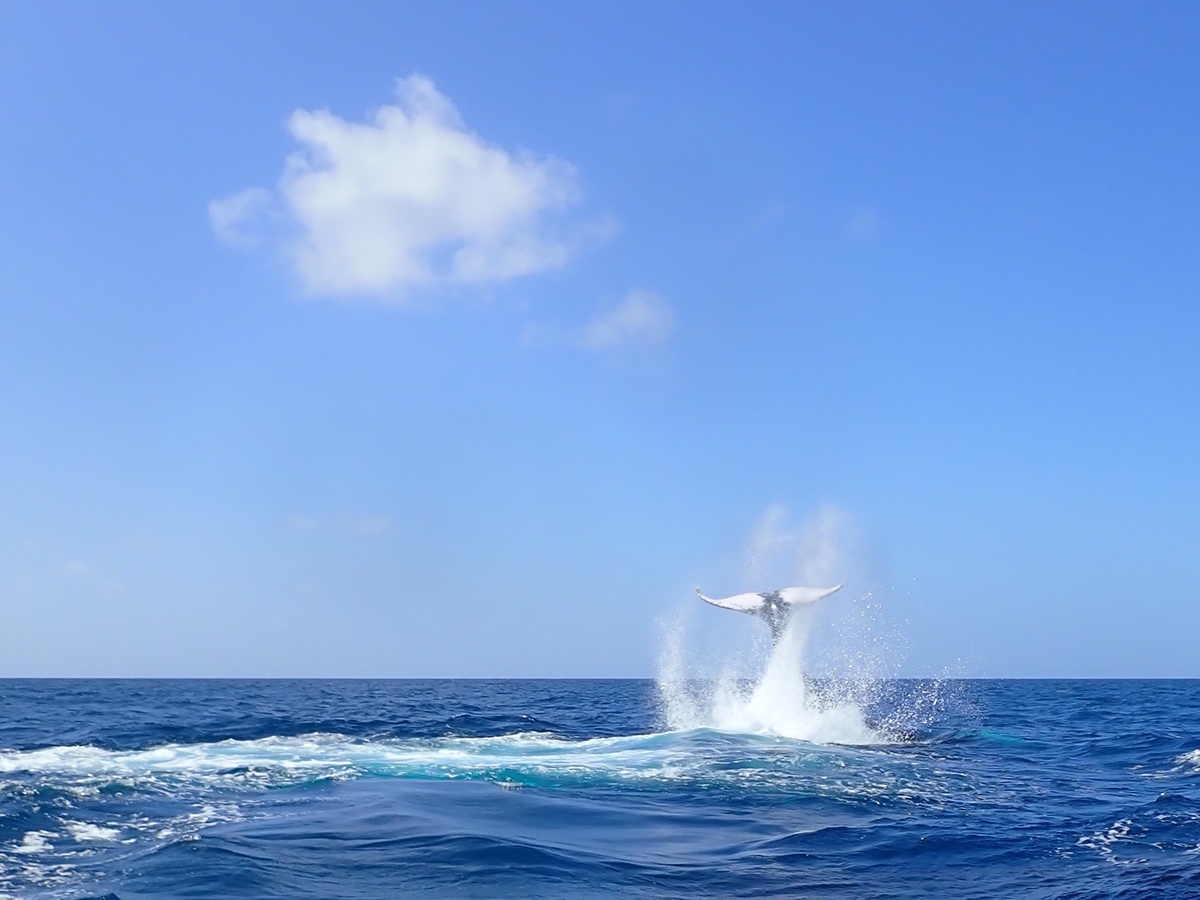