Week Three of our 30th Season

There is something about the curiosity of humpback whales that connects with people on a deeper level. Standing out on the back deck of the Turks & Caicos Explorer II on the morning we arrived, we all watched and took pictures as two humpback whales circled the 127-foot boat. We were supposed to be doing an arrival briefing, but missing the behaviors of these two curious whales would have been a shame! A crew member stood on the upper deck calling out directional cues “coming up, 5 o’clock!” as everyone got their first up-close looks at the N. Atlantic humpback whales they all came to see! 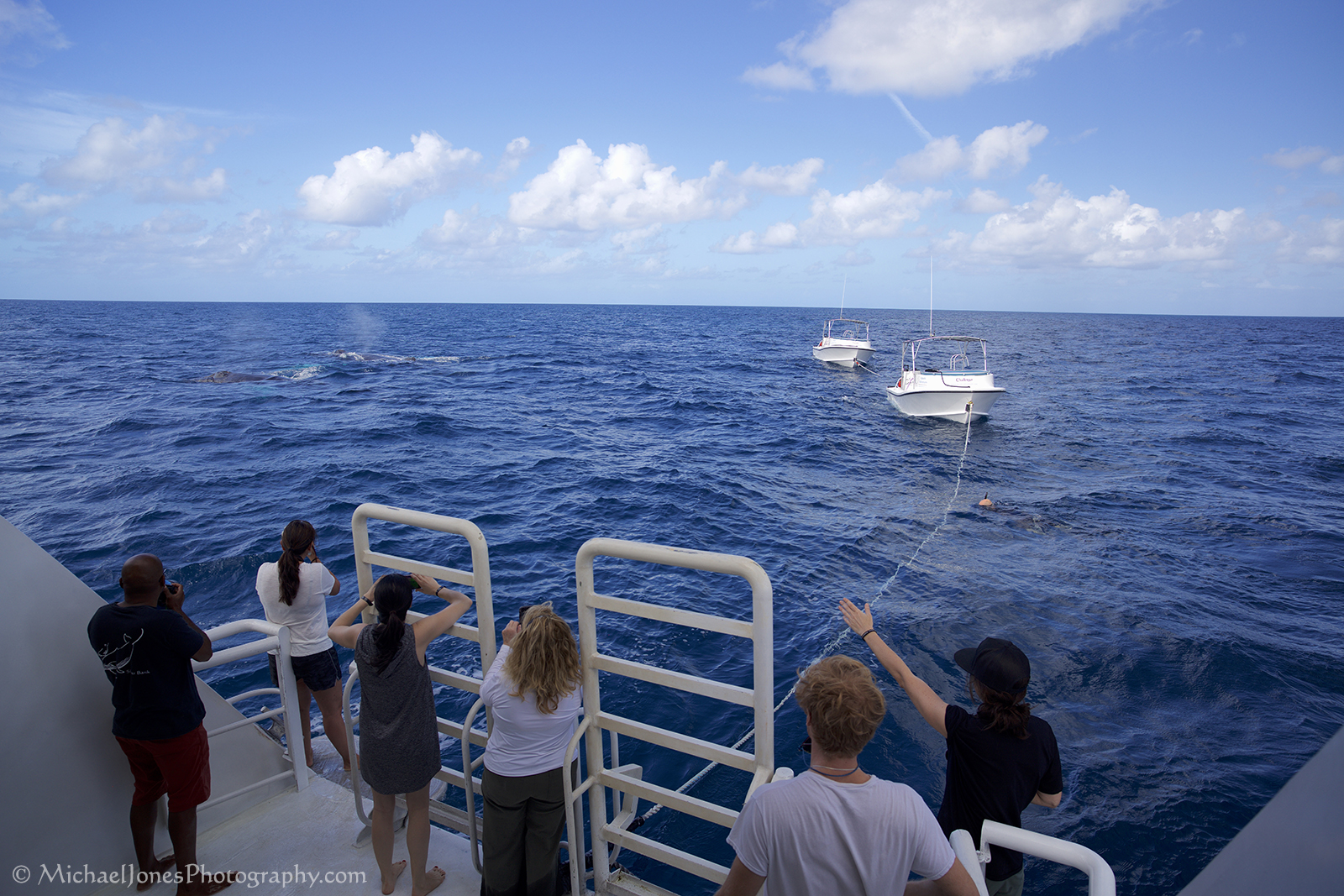 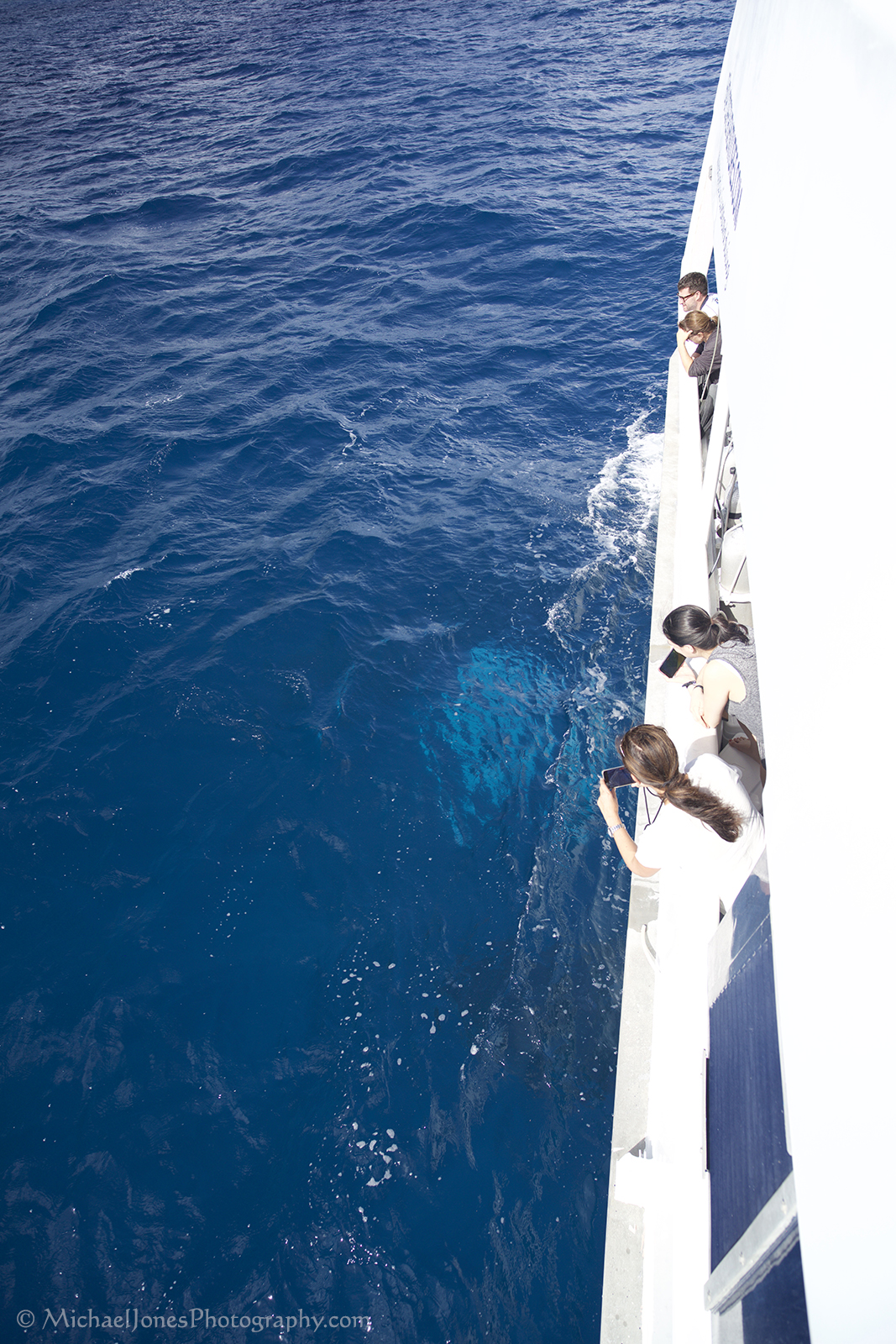 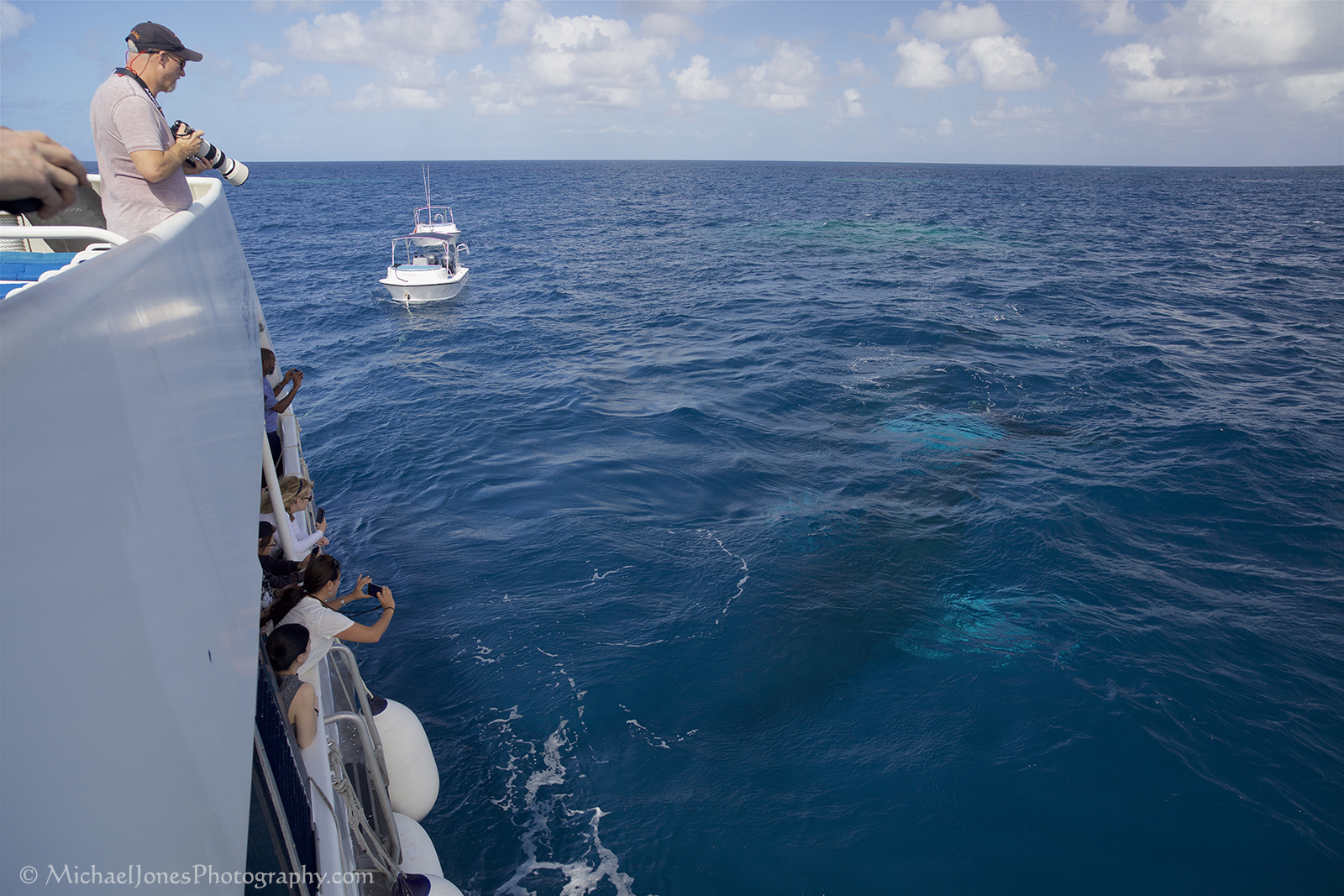 Breakfast was served, crew members cleaned and readied the tenders, and still the whales circumnavigated the boat for the duration of the morning.  Later that day out on the tenders, we were lucky enough to come across a singer, a presumed male forcing air through his nasal cavities to create a song that is considered to have the highest range of musical notes of all mammals. We seem to be just as curious about these whales as they are of us. It’s hard not to feel connected when you have spent such valuable time observing them in their natural habitat.

We were happy this week to host SeaLegacy, a conservation organization spearheaded by the very talented Cristina Mittermeier and Paul Nicklen. SeaLegacy creates powerful media to change the narrative around our world’s oceans. Their mission is to inspire the global community to protect our oceans. Aquatic Adventures applauds and supports all that SeaLegacy does above and below “The Thin Blue Line” and was thrilled to learn about their latest endeavors through nightly presentations and discussions. 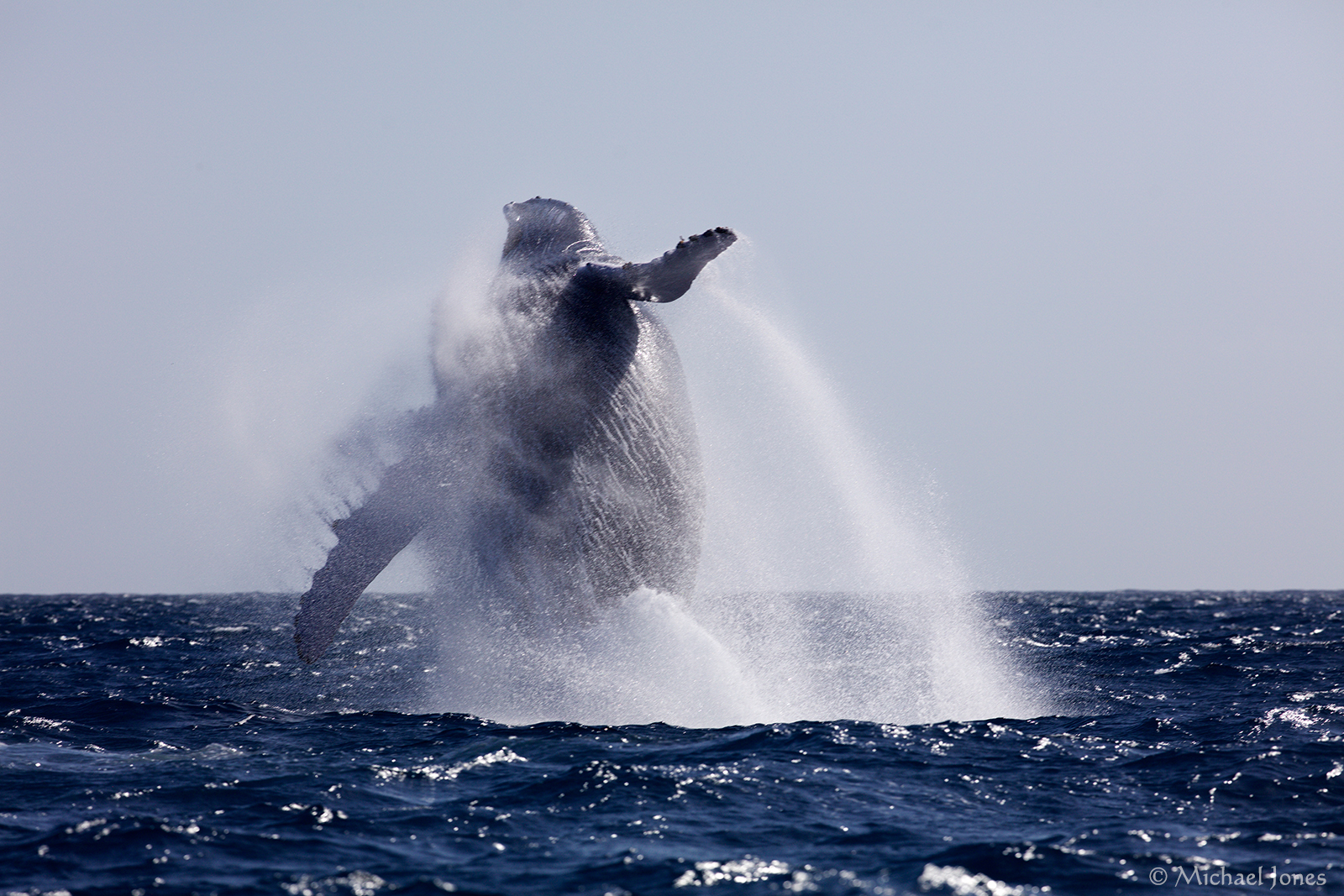 Early in the week we encountered a rowdy group consisting of one female with four males competing for a chance to mate with her. Rowdy groups will interact at high speeds, often causing non-life threatening damage to each other as a sign of strength and vitality. The female, who usually dictates the speed of travel, will occasionally rest. We call this time a resting rowdy group, and the males will take this time to re energize, cease the high energy activities and do perimeter checks in the immediate area. Encountering this rowdy group during a rest period gave the guests a chance to get into the water with multiple whales at once, staying close to the female while the males circled. 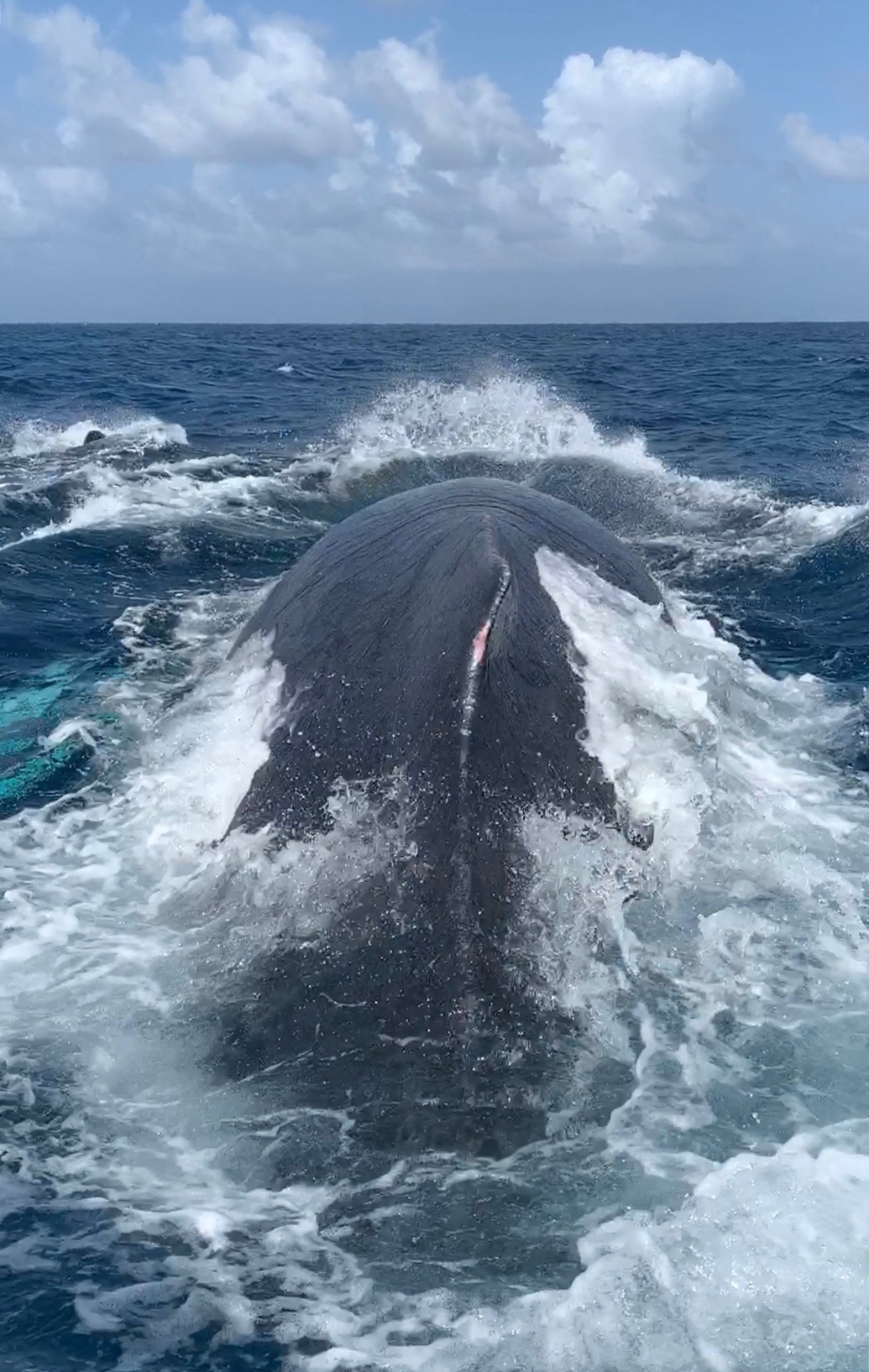 On one of the last days, Escort came across a cooperative mother and calf. Mom rested in very shallow water while her curious calf came up every 2-3 minutes for a breath. The visibility had been challenging this day, but because of her close proximity to the surface and to us, we were able to get a clear encounter that resulted in some beautiful photography. Earlier that day the SeaLegacy group organized themselves into males on Escort and females on Challenger. Challenger’s passengers entered the water and watched in absolute amazement as this mother calmly relaxed and let us join in her world. “There’s something about a bunch of broads in the water with a mother and calf!” said one of the guests, alluding to the relationship between mother and child that females of any species understand fully and innately. 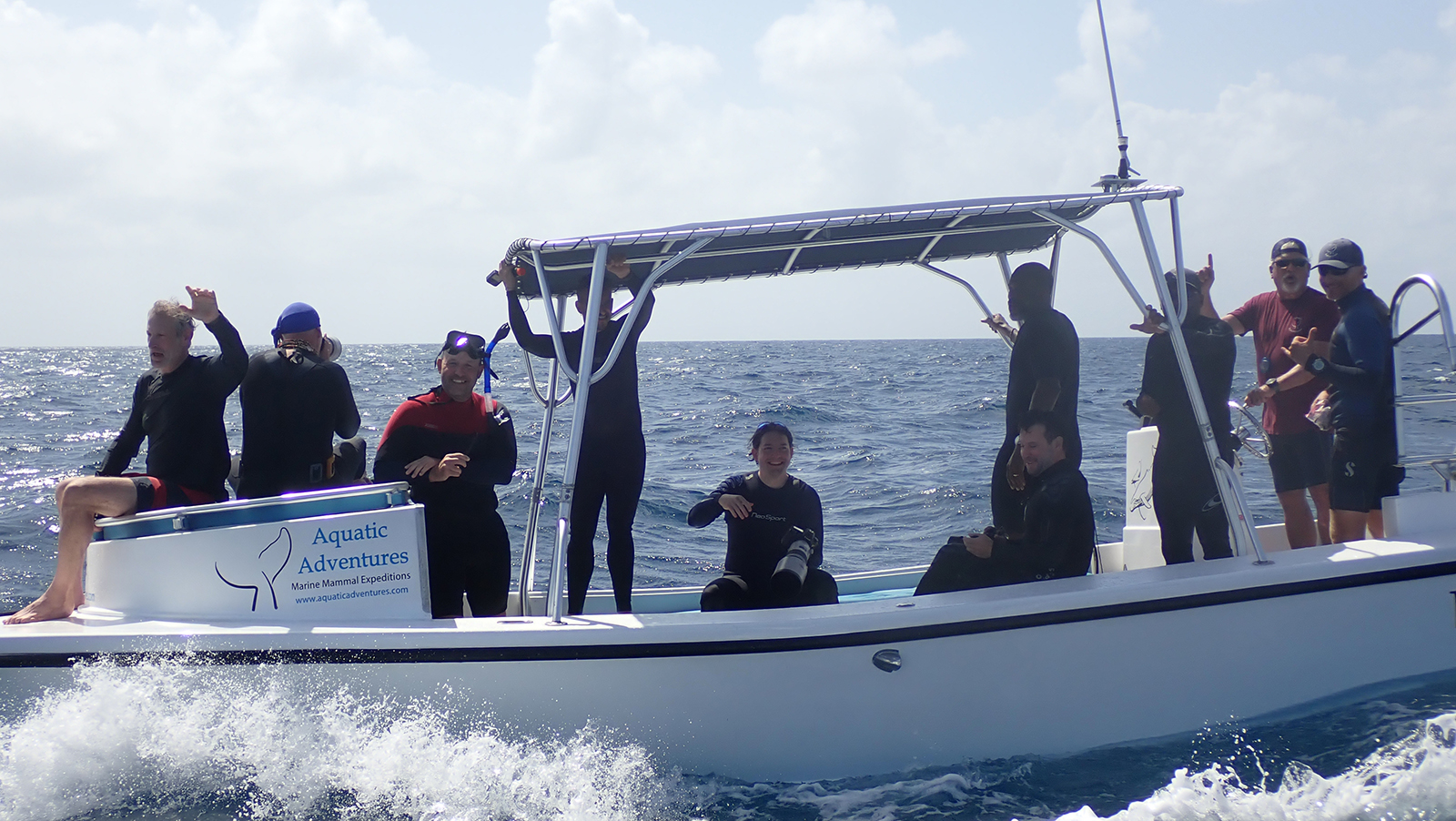 Sleeping pairs of adults are frequently seen on the Silver Bank, resting for an average of twenty minutes before coming to the surface for a breath, swimming a few body lengths and resting again. Often we assume that these adults are a male and female but to sex a whale as female, the hemispherical lobe or bosc must be present and viewable. We hovered on the surface watching the adults rest when, after about eighteen minutes, they came up for a breath and we were fortunately able to identify the male by the protrusion of his penis from the genital slit. We came across this pair various times throughout the day, always displaying the same behaviors. Side by side they communicated through fin slapping, sometimes turning ventral side up and seductively slapping the surface of the water with both fins simultaneously. It’s not surprising that the guests interpreted these whales to be in the midst of courtship and how suitable just days before Valentine’s Day. 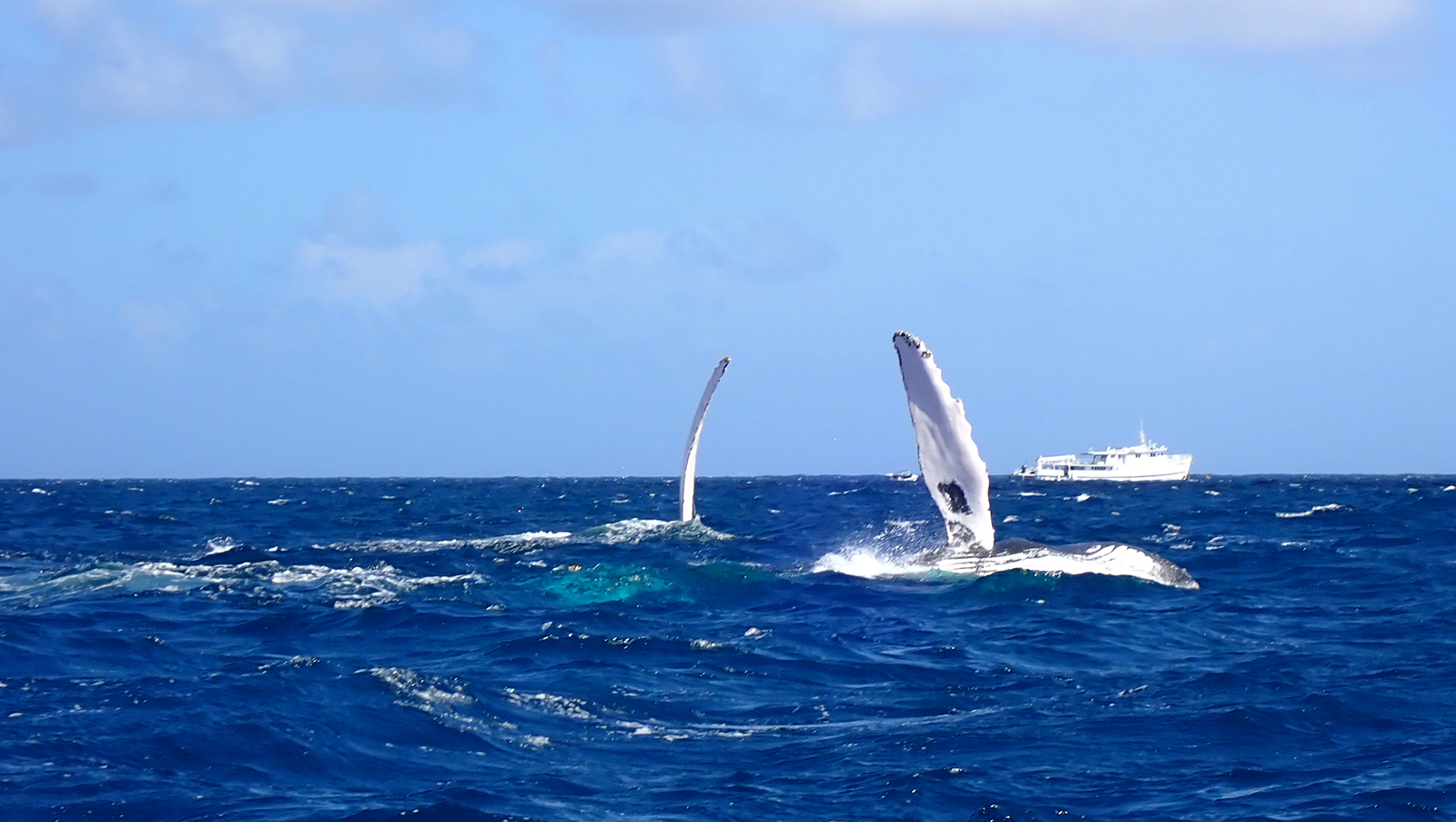 The sun was setting, and as we headed back to the Explorer for happy hour, a rowdy group of six whales came from the west perfectly silhouetted by the setting sun. Blows shot into the sky, one after another, travelling at eight knots, a dramatic display of energy and power. The week had come to a close and as we waved farewell, we couldn’t help but feel humbled and connected amongst nature’s gentle giants. 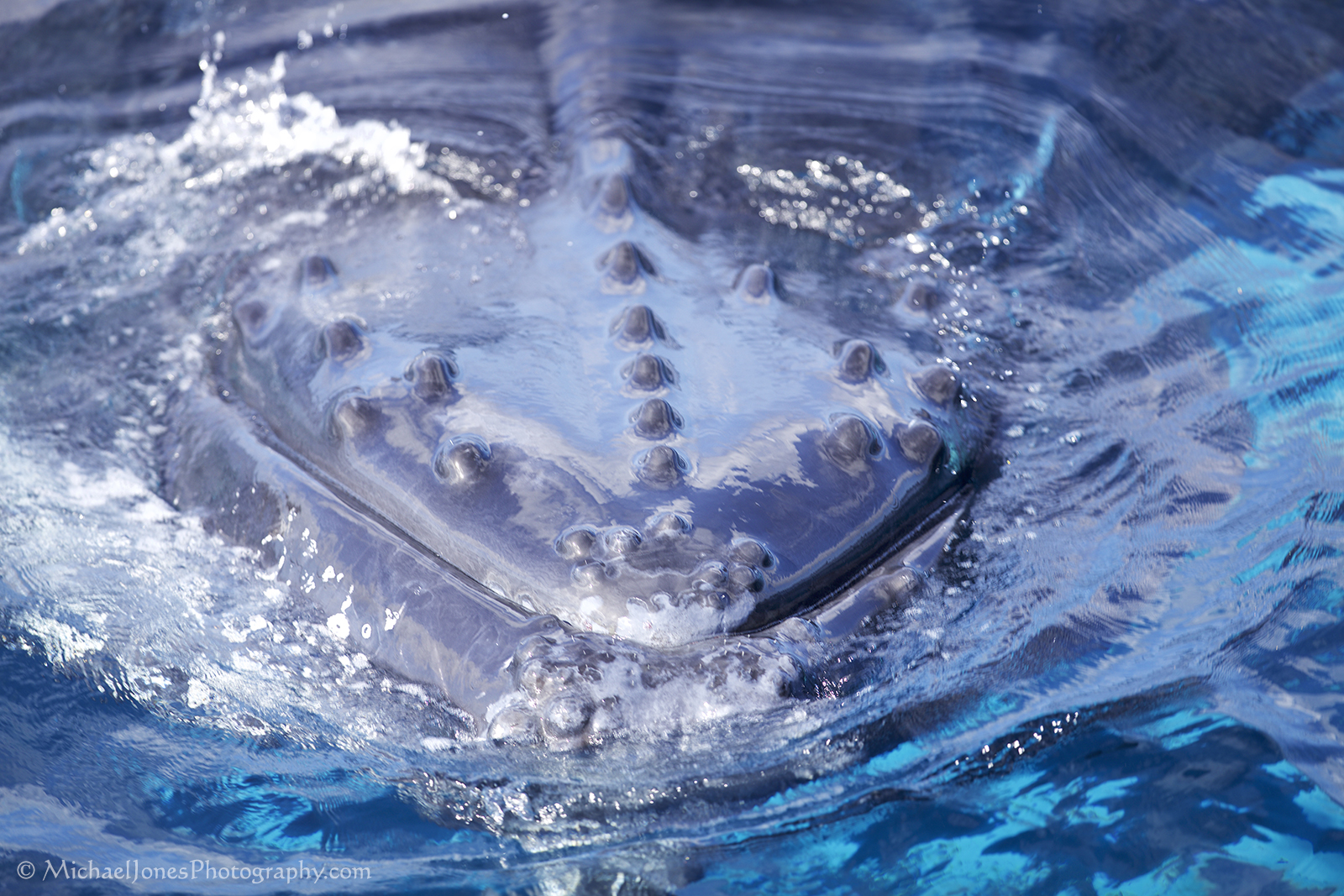