Week Five of our 29th Season

The humpback whales never cease to amaze me. We were with a mom and calf, watching as the calf was practicing its breaching, showing how big and strong it is getting. Everyone was focused on the calf ahead of us when out of nowhere over my right shoulder I heard a very loud splash. I turned and looked and noticed the water had the disturbance like a whale had breached. We all started looking in that direction and sure enough, the adult whale chin breached again! The whale continued to breach several more times close to the tender, allowing us to get some great photos. It is such an awesome sight to see how big they look out of the water.
– Denise Lawrence, Aquatic Adventures team member

This week on the bank we had an abundance of mother and calves in the area and as the humpback whale season progresses, it’s inevitable that the calves grow to be inquisitive and begin to test boundaries. At times, the tender was surrounded with three or more pairs, some resting, others playing and some travelling through. Under normal circumstances most mothers, with exception of an escort or rowdy group, are solitary, keeping to themselves while raising their offspring. This is why we were taken aback this week when we came across two sets of mothers and calves seemingly travelling together, a rare sight. We were also lucky to witness plenty of surface activity, particularly, by the calves themselves. We observed that the calves become excited and active after an assumed feeding period. Many spent their time swimming alongside the tender, breaching over and over again until tiring and going back to mom. 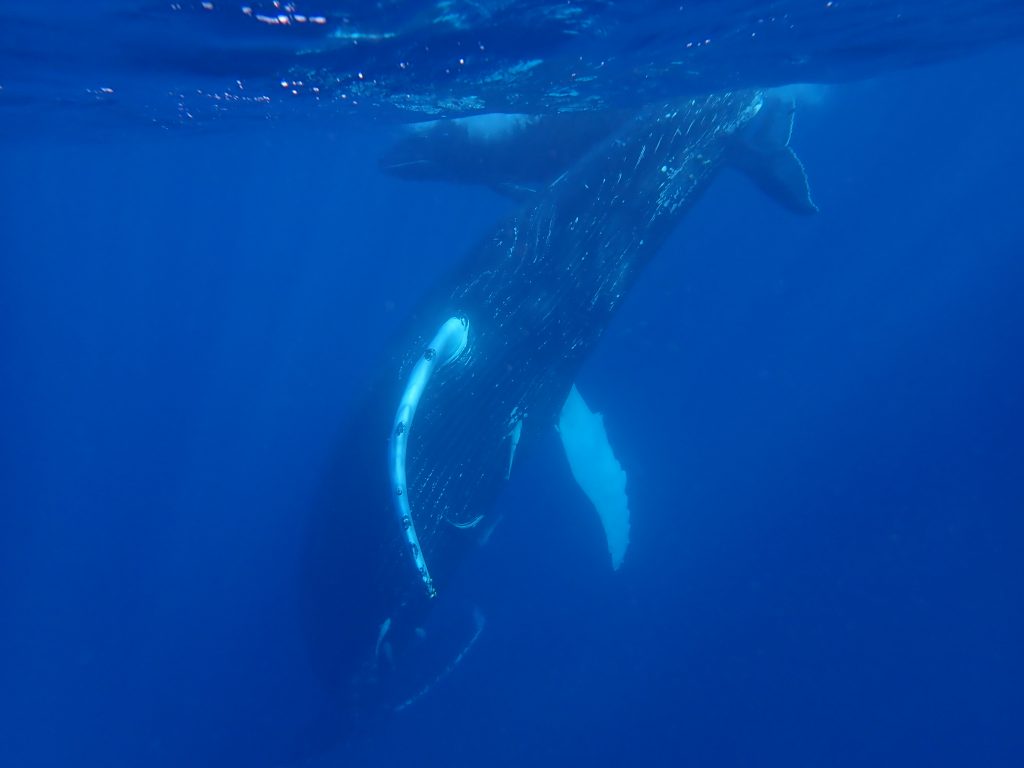 We were coming to the end of our day when a few hundred feet away, just above the crest of a wave, a small calf that was travelling in the opposite direction raised its head out of the surf and hung there for a moment. This behavior is termed a “Spy Hop”. It is used to survey the environment above the surface visually or by utilizing sensory receptors referred to as “Vibrissa”, a ¼ to ½ inch hair that protrudes from modified hair follicles called tubercles on the rostrum. I personally had seen many adults do this in the past few weeks, but never a calf. Even more surprising was the calf made a complete turn and made the decision to come towards the tender with mom in tow. We have always known that the humpbacks were curious but this was a clear decision to come and interact with us. The mother, seemingly tired from all the day’s activity, settled in to rest beneath the tender, drifting along with us in the current while her calf played around the boat, a glorified baby sitter. – Gillian Morin, Aquatic Adventures team member 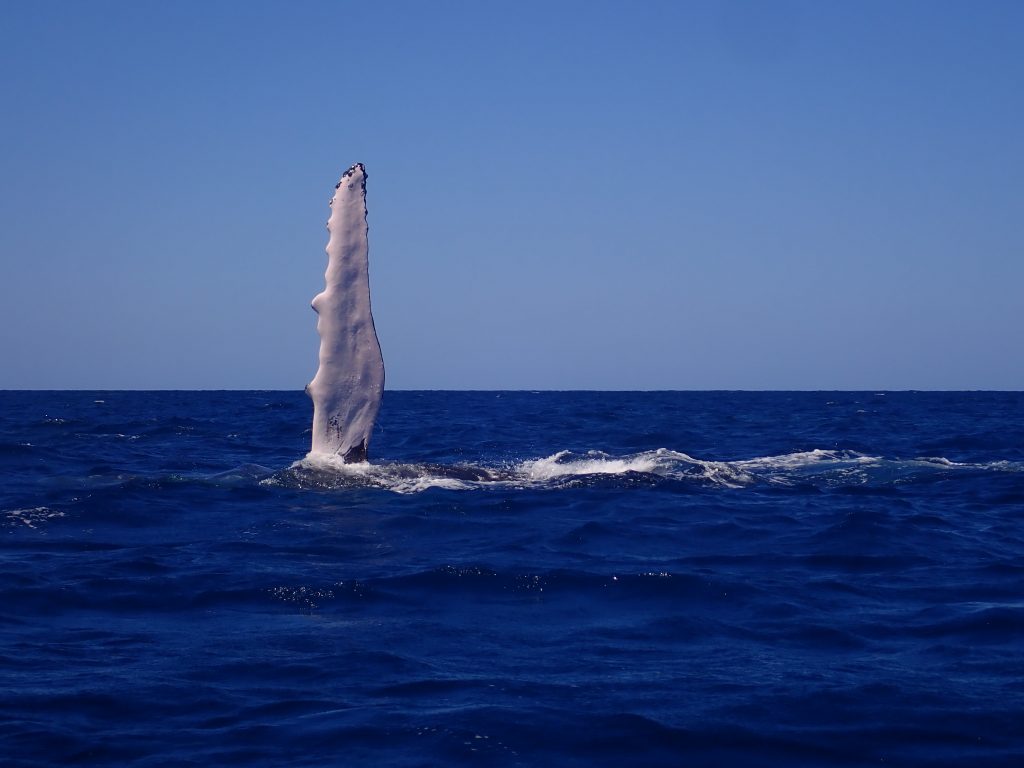 As I was saying my goodbyes to the guests, one couldn’t have been happier as she excitedly told me that she was able to swim with humpbacks 18 times throughout the week, more than she expected possible. One particular encounter was finding a very calm mother with her curious calf who didn’t want to rest. While she rested, the calf played around near the surface looking at all of us while spinning and twirling around showing off. The calf would occasionally head back down to its mom, but I kept getting the feeling it was bored just laying underneath mom’s pectoral fin, returning moments later to the surface to observe all the snorkelers.  One of its last times back to the surface, it decided to kick up only ten feet below the surface, breaching lengthwise to all of us in the water. Obviously, we quickly got back on board the tender, continuing to watch the calf breaching.
– Joe Lamontagne, Aquatic Adventures team member 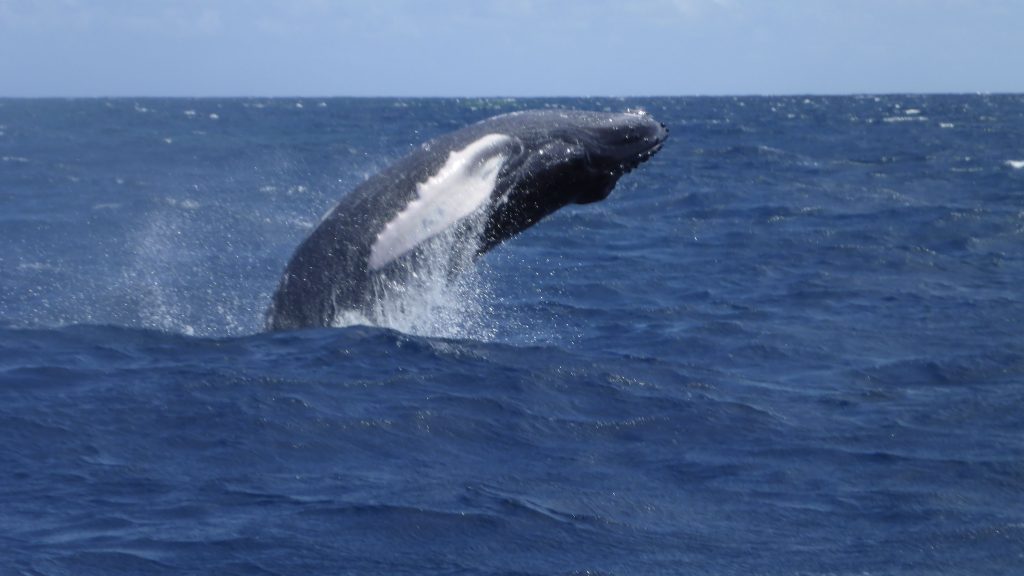