Week Two of our 29th Season

The beginning of the humpback whale season brought much excitement to the Silver Bank this week. Aquatic Adventures had a wonderful melting pot of guests from around the world; Dominican Republic, Switzerland, Holland, Portugal, America and Argentina, all here to witness this special place very few of us get to experience. This early in the season there seem to be many young calves full of high energy, some only weeks old, deciphered by their light grey color and not yet erect dorsal fin with birthing scar. Mothers take this time on the Silver Bank to feed their young and teach the calves the extent of their abilities. It is incredible and I might add adorable to observe these new to the world calves propelling themselves out of the sea and discovering their abilities for what could potentially be the first time. For those of us on the tenders it’s a spectacle that never gets old and no matter where you are from across the world, “oooh’s, aaah’s” and “it’s so cute” is universal. 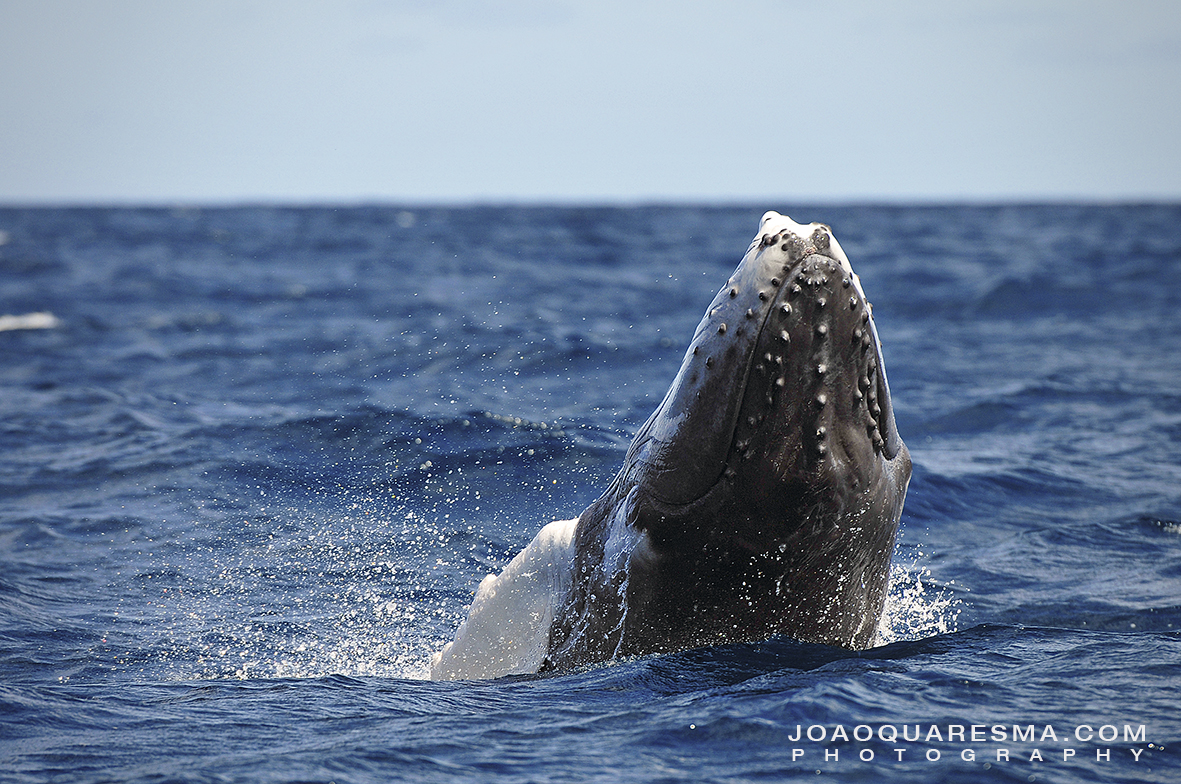 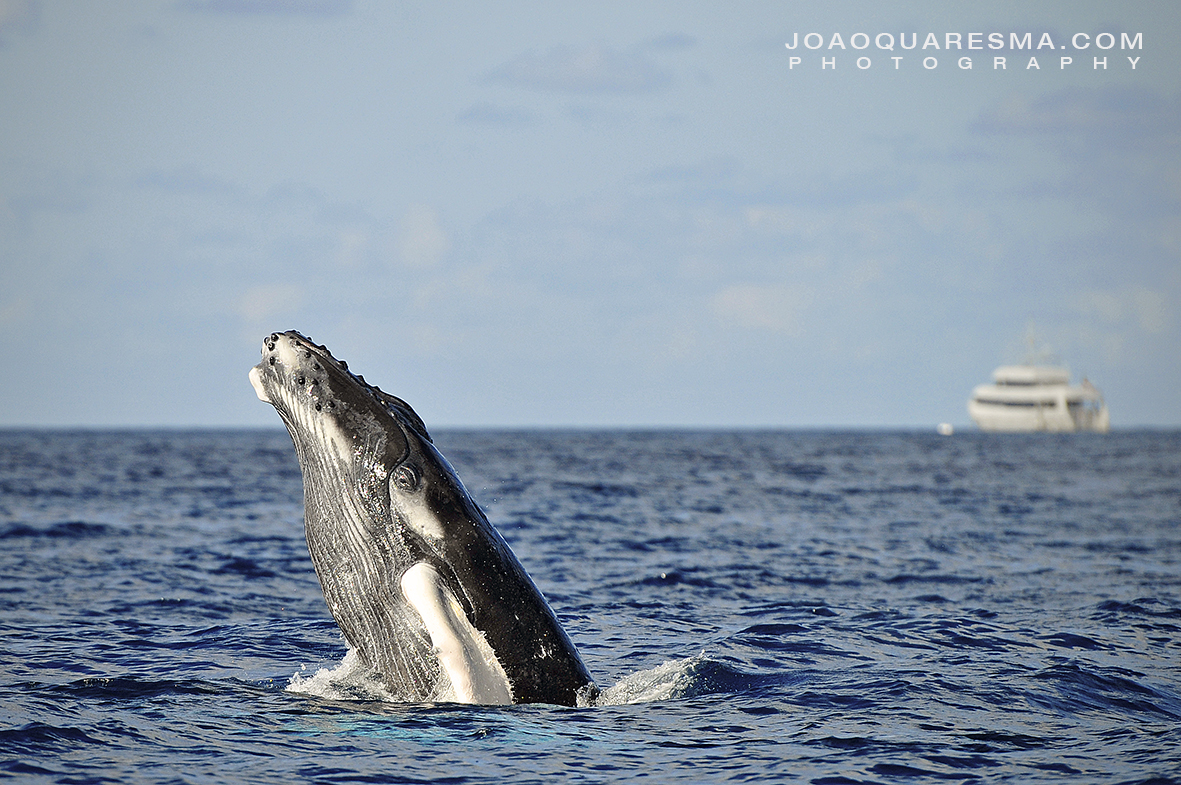 One encounter in particular gave us all something to remember for a lifetime. A very young calf, perhaps not even two weeks on this earth, was discovering its new ability to breach. The tender followed alongside at speed and a short distance away while the calf, time after time, practiced its chin breach and attempted a spinning breach; this is where they launch the entirety of their body out of the water and do a full turn mid air. Eventually the youngling became tired of showing off and was seemingly ready to take a break. The guests on board became cheerleaders on the sidelines, rooting the calf on to try again, to get higher and to keep going! There we all were, standing side by side, cameras ready and completely enamored with the perseverance of this young calf when just twenty feet away the mother breaches completely out of the water, all 40 plus feet of her towering over the sea, twisting and throwing her pectoral fins in perfect unison, spinning her around like a dancer mid air and crashing into the sea with an uproar of water. I recall Tom Conlin saying with a grin “it was as if she was saying, ‘here son, let mom show you how it’s done!'”. 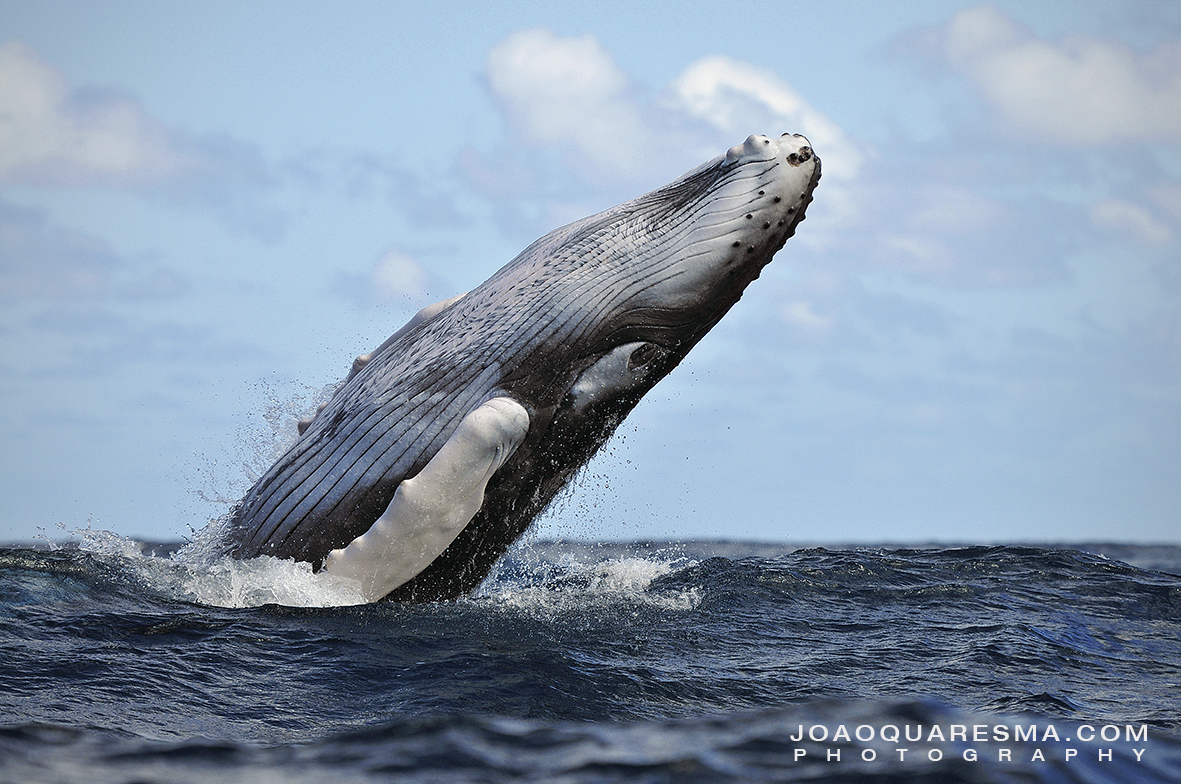 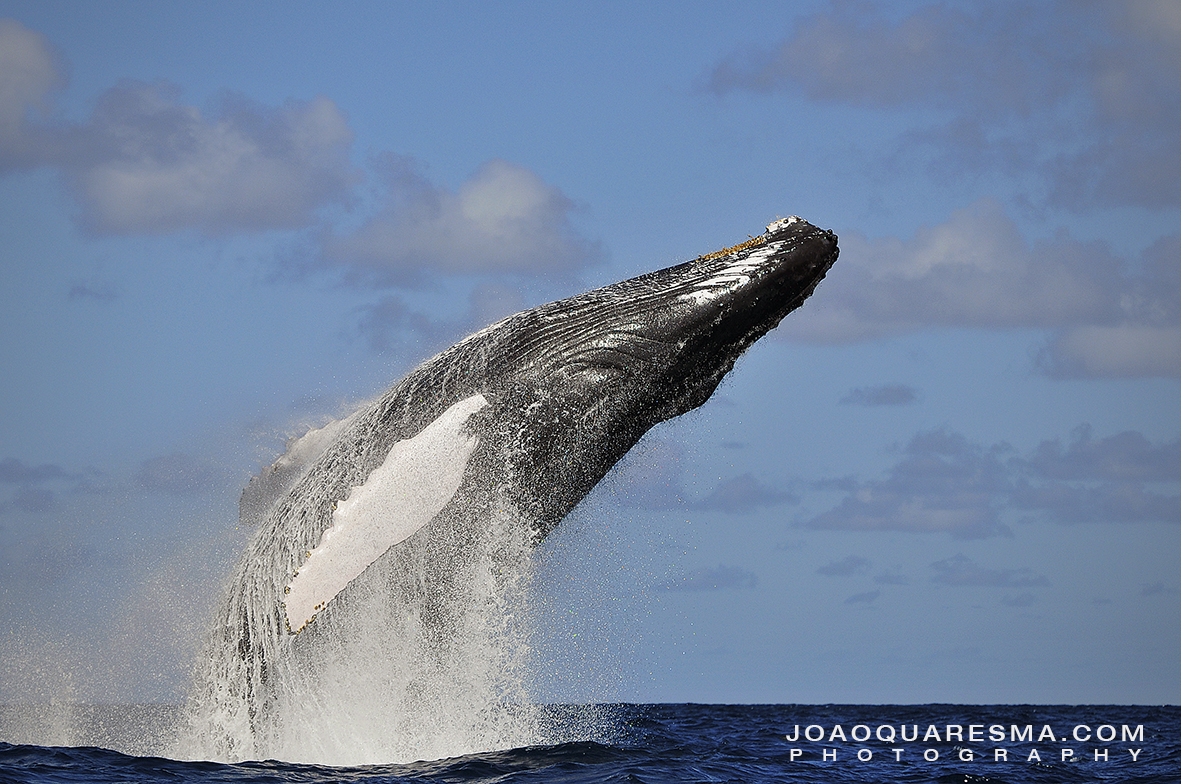 Another amazing week on the Silver Bank. Whales and people were entertained with each other throughout the beautiful calm week. Midway through the week, we found a pair of sleeping whales that put on quite the display for our guests on board. We noticed the whales from a distance going through their breathing cycle before returning underwater. The funny thing about this set of sleepers was that Denise, the tender captain, was resolute waiting for over 20 minutes for the sleepers to resurface before we had our chance to get in the water with them. Once the whales went back down to rest, as the scout I was first in the water, looking to make sure the whales were sleeping and stationary. Once located, the famous “hand in a fist held up out of the water” told Denise and the guests on board that I did indeed find the resting whales and was ready to get everyone else in the water. 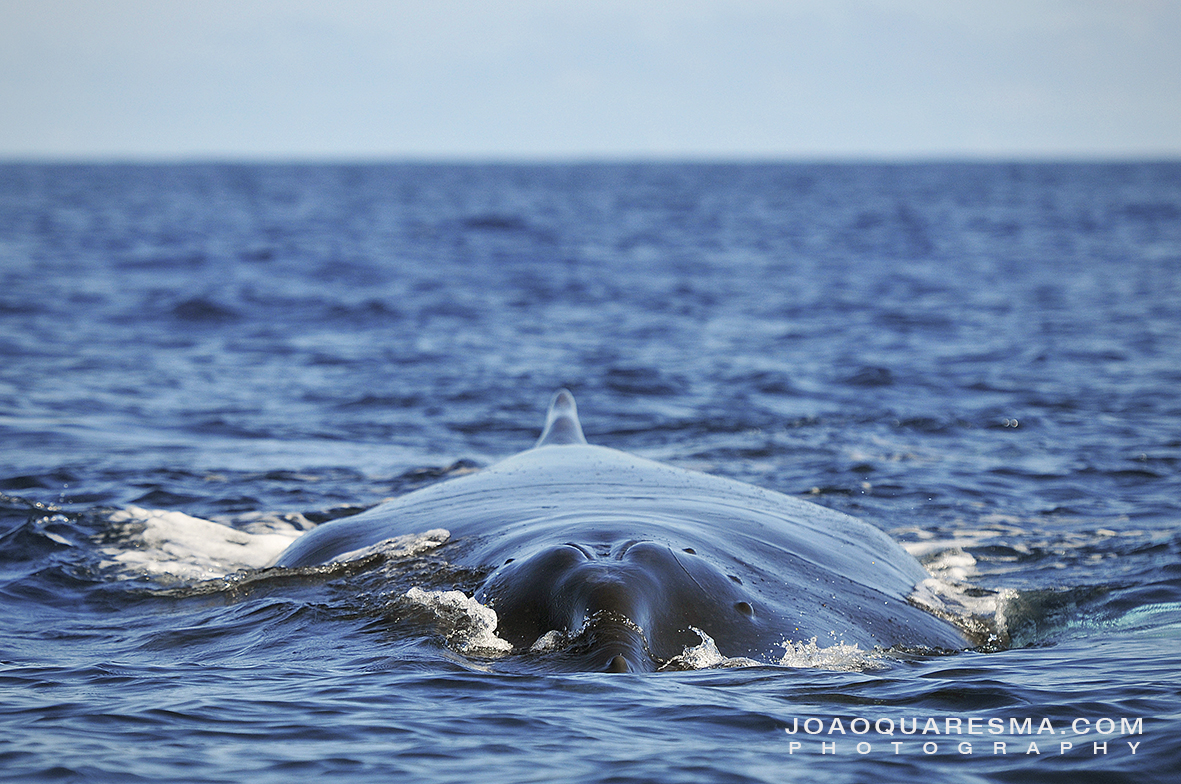 We spent the next ten minutes in a line on the surface floating passively above the sleeping giants. While the whales started coming up for another breathing cycle, they did what was not entirely expected. They became curious with all of us at the surface, deciding to check us out fully. The one whale pulled up alongside our group looking at each and every one of us in the water before moving off. However, it did not just stop here; they moved past only a body length before turning back around and visiting us on the opposite side and checking us all out again. They continued this behavior for the next 15 minutes, always returning to the opposite side of us as we remained in a tight group of snorkelers on the surface observing every detail of the whales. It was spectacular to watch the whales’ curiosity while also putting on quite the show for everyone in the water. Back aboard the tender after the encounter, everyone was ecstatic about what had just happened and we continued the day looking for more whales to visit.

As we arrived for our second week, there were whales all over the place performing surface activities. Along with lots of mothers and their calves in the area, we were also able to have several encounters with pairs of adults, and witnessed rowdy groups breaching one on top of the other while competing to be next to the female, in hopes of potentially mating. 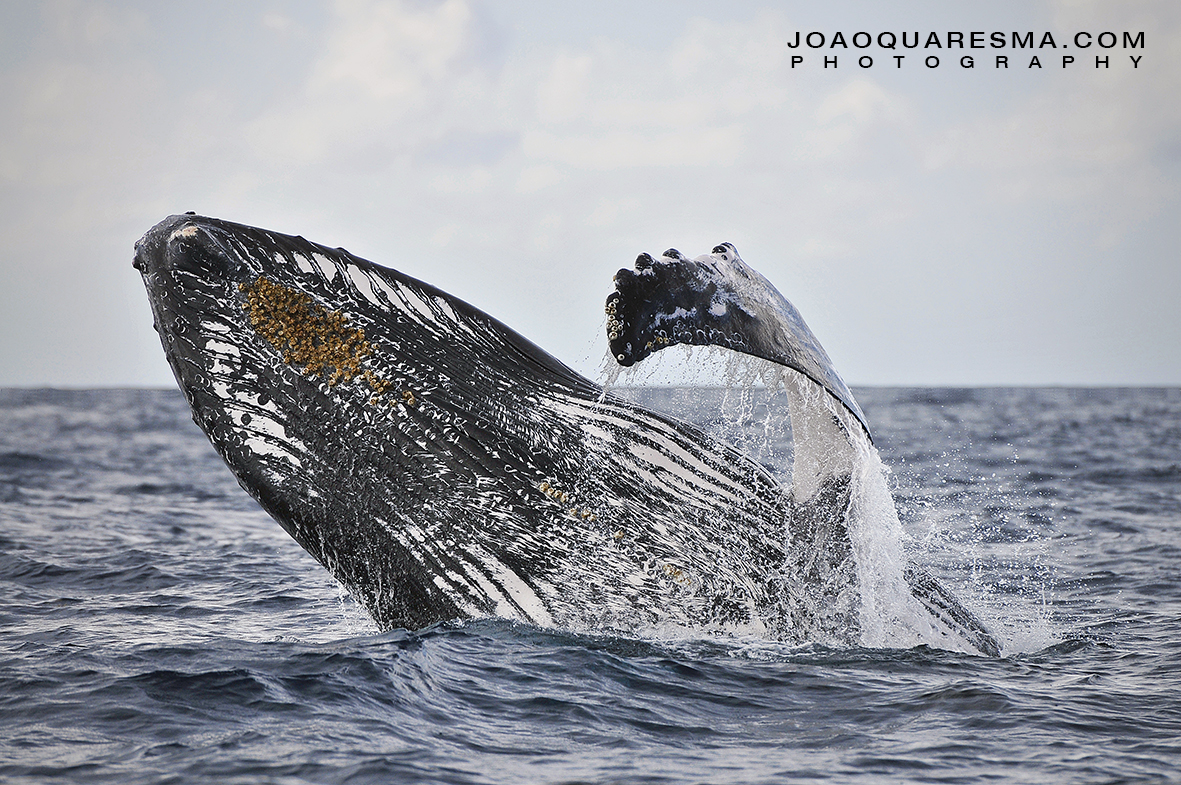 We were able to spend time in the water with a mother, her calf and an escort swimming and also resting while the guests watched nearby. More excitement came while watching several whales breaching simultaneously and fin slapping from a mother while her calf breached right next to the tender. 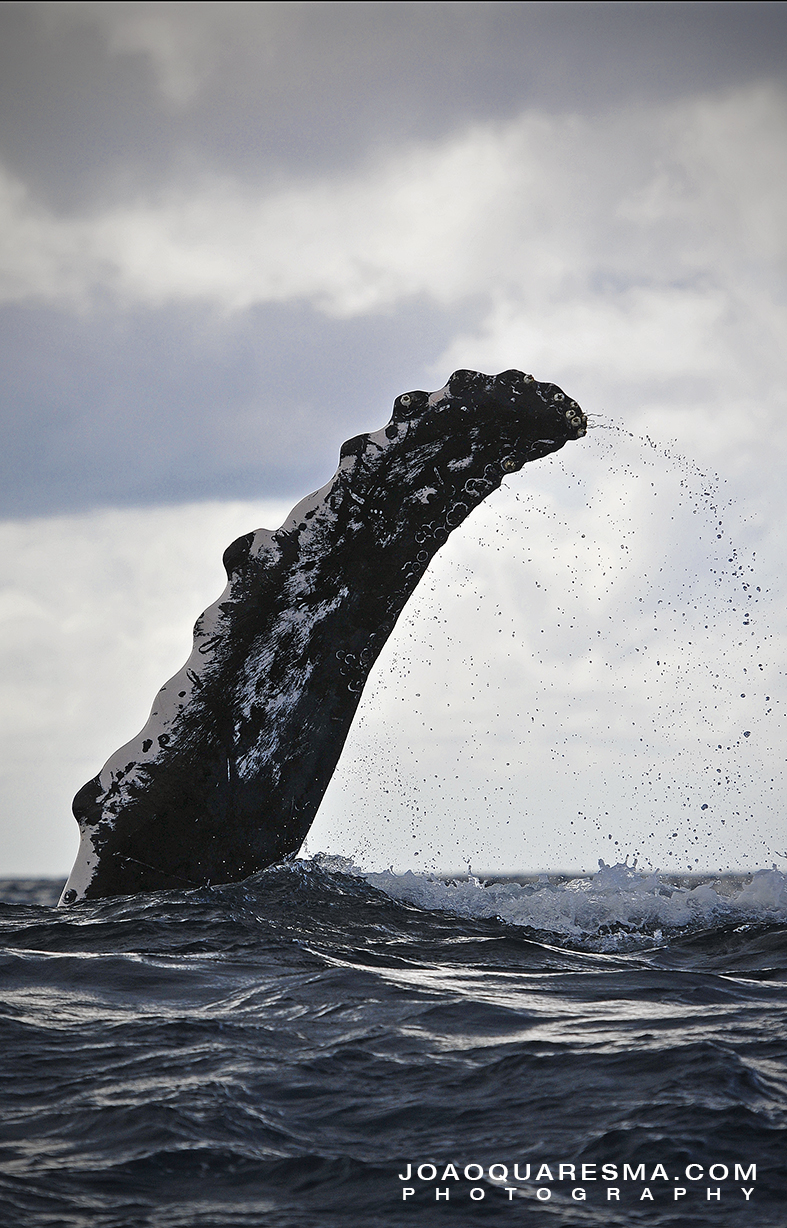 This was an excellent week and we’re all just excited for what’s to come next week as we welcome our new visitors!

We always say every encounter is different. At the beginning of the season with moms and calves, the calf generally stays very close to the mom while building up strength and confidence. This particular mom and calf that we were able to get into the water with was a bit more comfortable than is typical this early on. Mom went down to rest and allowed baby to interact with the group, and baby was super curious deciding to approach everyone very closely. At first the calf, like we see most of the time, came up alongside the snorkelers in the water keeping mom and baby on the same side of each other. However, being ever so curious, baby started circling around the group several times before returning to mom. Situations like these make us believe that mom has become very comfortable and we have gained her confidence, allowing the baby to roam further away from her than most calves this young. It was truly an amazing encounter, until unfortunately an escort came into the scenario and mom decided resting time was over and off they went. I feel that mom did not want the escort that had made its way into their lives, therefore she kept moving and seemed not to want to settle again. We gave our thanks to mom and calf for the time they gave us and left them to deal with the unwanted escort. 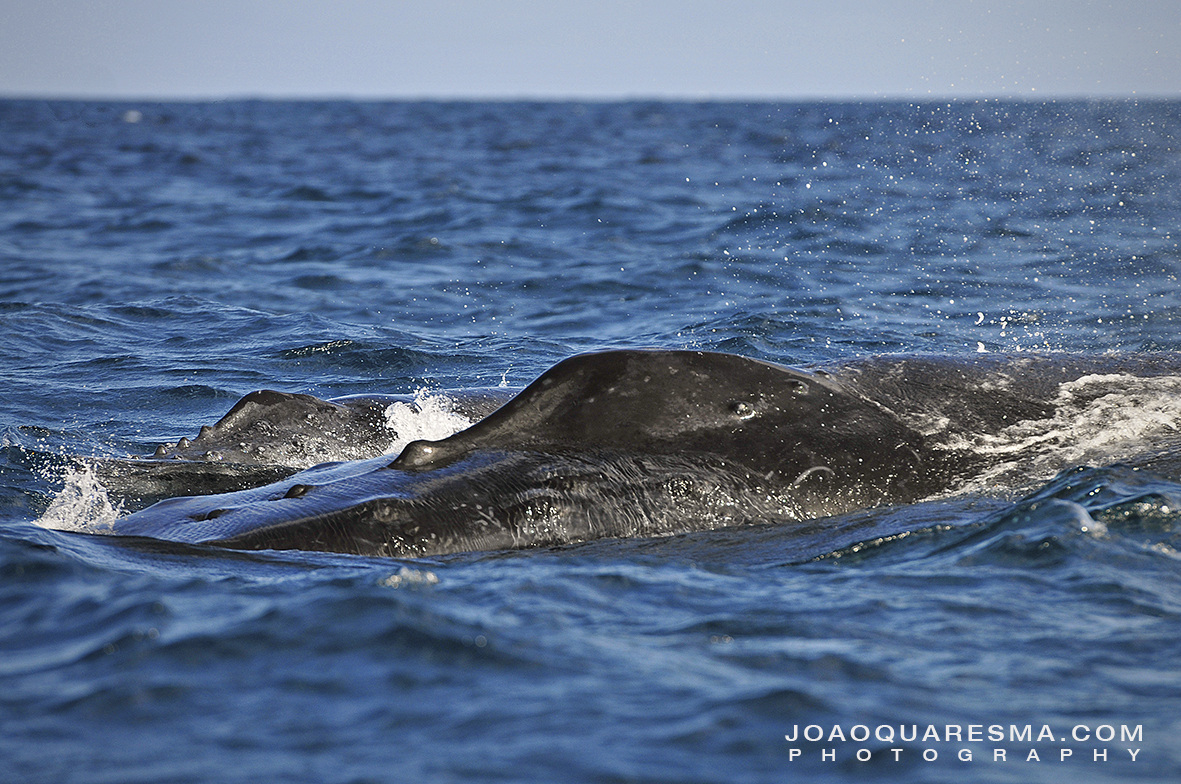 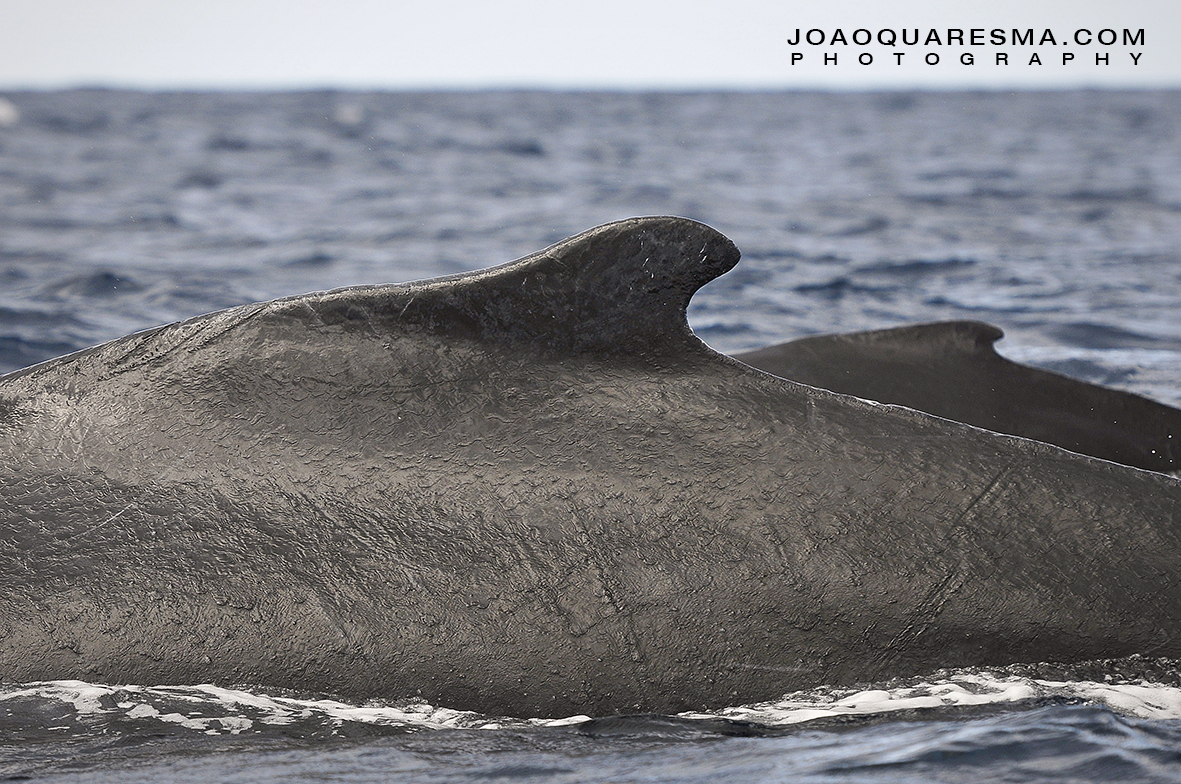