Week Two of our 27th Season

As the season goes on, more and more North Atlantic humpback whales are arriving to the Silver Bank. The pregnant females come here to give birth to their calves and then nurse and exercise them until they are ready for the journey back north, whereas the males come here with only one thing on their minds, and that is to mate. So it was no surprise when our second week here on the Bank was kick started with some impressive rowdy group action!  A rowdy group, or surface active group as they are sometimes called, is composed of one female and at least two males competing to be her mate. The male that stays closest to the female is called the escort and in a rowdy group any number of challenging males could be vying for that position. On the morning of the first full day out on our tenders we encountered a female with an escort and one challenger. This is technically a rowdy group, however for the female it was apparently not enough excitement as she proceeded to slap her pectoral fins on the surface of the water in a manner that certainly seemed provocative, in the hope of attracting more males to the area. Sure enough, after a few minutes more challengers arrived and soon the surface activity heated up. Now with five fully grown forty to fifty ton male whales competing for the prized position of escort, our on looking guests were treated to quite the show of testosterone as the whales slashed their tails, lob tailed and slapped their fins. In battles like this, whales are rarely seriously injured but it can get very violent and it was possible to see fresh wounds on the white pectoral fins and the tubercles on the head and chin were rubbed raw and bloody by the animals slamming into each other under and above the water. We stayed with this high energy group for nearly two hours and meanwhile our other tender was enjoying a very different but equally special encounter only a mile away.

As we quietly approached a single whale that we had seen coming to the surface for a few breaths, we could just hear the distinctive whoop and squeak of whale song even above the water and over the sound of the engines and we were able to locate it by following the sound. Whale song can be heard with the use of a hydrophone all over the Silver Bank this time of year but finding the singers and getting into the water with them is another story entirely as they will often move around as they sing. Fortunately this whale was staying motionless, perfectly neutrally buoyant in the typical position of horizontal but with the head pointed downward, at a depth of about forty feet.  Our lucky snorkelers were able to slip into the water and see as well as hear the whale from the surface. It has been found that all the singing humpback whales in a given population will sing the same song during the mating and calving season and that song will partially change from year to year. The song is approximately twenty five minutes long, depending on the tempo of the singer and a whale may sing continuously for up to twenty four hours. Luckily this singing whale stayed in one area for several breathing and singing cycles, allowing us to call over the other tender so that all our guests could hear him. Many species of whales vocalize but only humpbacks are famous for their prolonged and complex series of whoops, moans and squeaks that make up their song. Even if you’ve heard a recording, nothing really prepares you for the sensation of hearing and feeling the sound as it vibrates through your body as you lie at the surface of the water over the head of a singer. Later that day we came across a second singer so even though singers themselves are not rare, to be in the water with them is an experience that really very few people in the world can say they have had. Despite several of the guests this week being return visitors to the Silver Bank, this very special experience was a life changing first for most of them.

Shortly after leaving the singer we were very fortunate to find two adult whales resting calmly just below the surface. When we looked closer we could see they were dancers, a male and female, and we watched as they swam around each other slowly in a beautiful ballet that we believe to be a prelude to mating. Our guests from both tenders were able to take turns entering the water and watching this graceful performance for an hour. The female, totally at ease with our presence, would pirouette around the male displaying her belly to us with her pectoral fins outstretched. It was clear that the escort had been though the wars somewhat as he showed many scars across his back, possibly old entanglement scars, and a shortened right pec fin. However this didn’t seem to make him any less attractive to this female! We tend to see more of this kind of courting behavior at the beginning of the season because there are more single females than towards the end. Once a female becomes pregnant she will not waste time before embarking on her return journey to the nutrient rich northern waters.

Even after these incredible encounters the excitement continued, as we also encountered several sets of mothers and calves, two of which swam together for a while with an escort. This was an unusual occurrence as we have observed that mothers tend to prefer to stay away from other mothers and calves. In this case the five whales swam along side each other and the calves even breached in close succession. But after a few minutes the escort encouraged one of the pairs to move away. We stayed with the other mom and babe and were treated to a spectacular show of lob tailing from the mother before they settled down and allowed us to enter the water with them. The mother rested down below and every few minutes the baby would surface, staying over the mother’s head giving our patient snorkelers an intimate insight into the gentle bond between mother and calf. On another occasion with a mother and calf we were able to rotate the guests from both tenders in the water with the whales while they rested calmly. After a few breathing cycles the baby decided to try out a breach, swimming about a hundred feet away from our snorkelers and heaving it’s relatively small (but still fourteen foot long) body mostly out of the water, landing on its back with a splash. After this the mother seemed to say “I’ll show you how to do it!” and took off up wind a few more hundred feet away from our guests in the water and did an impressive full body, spinning head breach! Wow! A spectacular finale to the encounter!

This week was a real mixed bag full of emotion and excitement. Not only did we have the thrilling topside action of breaching and rowdy groups but also the peace and calm of being in the water with mothers, calves and singers.

Just another extraordinary week on the Silver Bank! 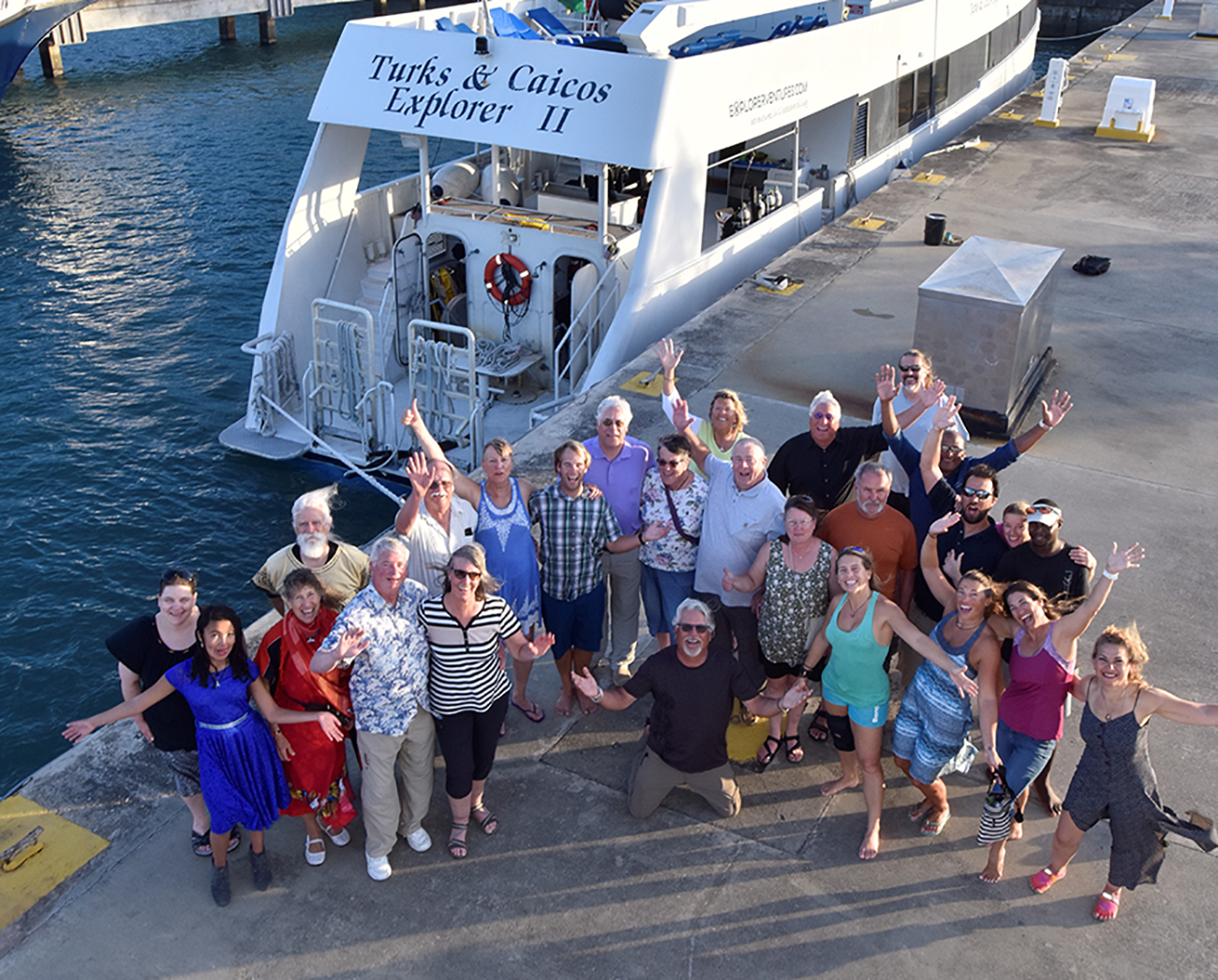 The Aquatic Adventures team hopes that you are as inspired as we are to help sustain the humpback whale population. Through our partnership with the Center for Coastal Studies, we are helping to gain critical information on these charismatic creatures, and to seek ways to protect and preserve them. To find out more about this effort, join their mailing list or to make a donation, large or small, please visit: